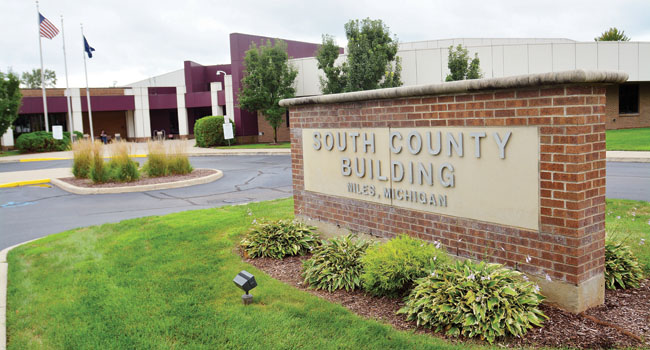 NILES — A South Bend youth hockey coach accused of soliciting a minor is heading to trial.

Joubert is due back in court for a July 13 case conference before his Aug. 31 trial, both to be held at the Berrien County Courthouse, 1205 Front St.

According to his Twitter profile, Joubert is the general manager/head coach of North American Alliance Hockey, a Michiana youth hockey team listed under a Niles address, and a Showcase Supervisor & Tournament Director for Illinois-based youth hockey organization 200 x 85.

Berrien County court documents state that Joubert was arrested Thursday, May 12 following a sting operation at the Hampton Inn, 1446 S. 11th St., Niles Township. Officers posing as a 15 year old female made contact with Joubert via text message following placement of an advertisement on a website known as Skipthegames.com that was promoting sex acts in exchange for money.

Joubert contacted the number listed on the advertisement and began a several hours long conversation where he and the officer negotiated and agreed upon sexual acts in exchange for $80 and was asked to bring a soda. He also admitted to sending explicit photos to the subject of the advertisement.

Joubert agreed to meet the subject of the advertisement in room 102 at the Hampton Inn. Upon arrival, he knocked on the door to room 102 and was taken into custody by officers in the room.

After speaking with officers, Joubert said he was struggling with his decision to enter the hotel and thought about just dropping off the soda and leaving.

While he said he uses the website a few times per month, usually just to flirt, Joubert told officers he has never actually showed up to a meeting. He said that he initially thought the person he was meeting was 19 but that she had told him she was underage, which he viewed as 16 or 15 years old.