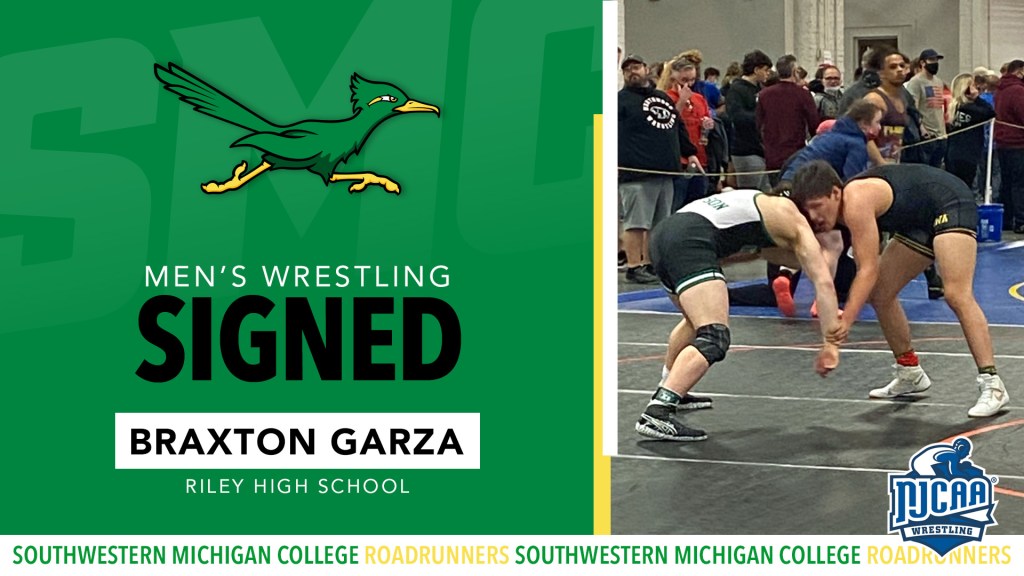 “Braxton has worked hard to attain his success during his high school years. His continued effort will help him at the college level as well,” said Riley Head Coach William Flatt.

Hesson is looking forward to having Garz join the Roadrunner roster.

“Braxton is a well-coached and experienced wrestler,” he said. “He is a dedicated, hardworking wrestler who is looking forward to competing at the next level.”