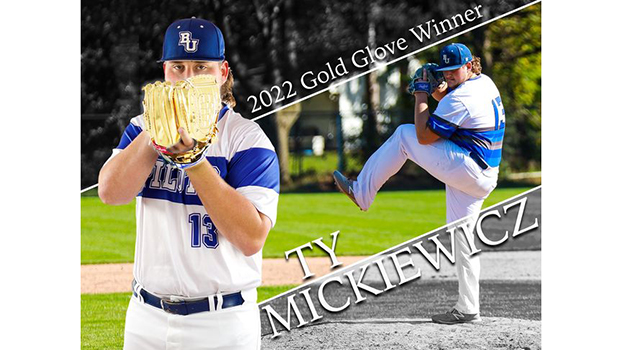 Deisler finished the regular season slashing .307/.418/.482. He led the Pilots with 12 doubles, 4 home runs, and 34 RBI’s, while drawing 21 bases on balls and scoring 17 times. Behind the plate, the sophomore backstop threw out 9 of 26 runners — ranking third in the Crossroads League in caught stealing percentage with a minimum of 20 attempts at .257.

Mickiewicz is the second consecutive Gold Glove award winner by a Bethel pitcher, following Sullivan Swingley’s honor last season. Mickiewicz was perfect in 14 total chances in the field with three putouts and 11 assists. Runners only stole six bases on him this season in 76.2 innings pitched.