DOWAGIAC — Sixty years ago, Russ and Eleanor Klapchuk opened Imperial Bedding in a small space that would later be known as the Zeke’s Restaurant salad bar.

Three generations later, the business not only remains in the family, but it retains the homey charm and personal touch community members have grown to know and love.

As Imperial Furniture celebrates its 60th anniversary this year, owner Carol Springsteen – as well as husband Art and daughters Audrey Maxey and Eileen Bartee – reflected on six decades of the family business.

The Klapchuks started making mattresses and box springs in 1962, selling them as well as headboards and other basic bedroom furnishings. After about 10 years, the business outgrew the little downtown space and the Klapchuks bought the building where the current store resides at 57530 M-51, just south of downtown Dowagiac. The building served as a production facility until sometime in the 1970s, when the owners decided to stop making bedding after the federal mattress standards changed to require fire retardant products.

Over the years, the business has evolved into a retail store for nearly everything to furnish a home – dining room sets, couches, beds, wall hangings and other home accessories.

“He wouldn’t understand all of the accessories and extra stuff,” Maxey said of her grandfather, who died in 1991. “That would be too much for him.”

One thing that hasn’t changed from 60 years ago, however, is the family’s commitment to customer service.

“We’re not high pressure with anybody,” Maxey said. “We’ve had good employees that have built relationships with customers. … From the beginning of the sale to the end of the sale, we try to have a good rapport with people.”

Springsteen added that in a small town like Dowagiac, treating people like family goes a long way.

“When you’re a small-town business, you have to see people downtown at the post office, so you have to have a good reputation,” she said. “It’s different than a big box store. … The customer is what has kept us here. I would say we’ve developed a lot of friendships with customers.”

The spirit of friendship and trust is a part of the Klapchuk’s tradition. According to Springsteen, her dad was very trusting of the customers, allowing for some to purchase items on layaway or let them take something home if they forgot their checkbook. Eleanor, meanwhile, could make friends with anyone.

“Grandma would always like to talk with everybody,” Maxey said. “Her favorite thing to do was just to come chit-chat with people. … It just felt like family when you came here.”

In her later years, Eleanor was immobilized by multiple sclerosis, but would still scoot around the store to chat with customers.

“She would roll over your feet if you weren’t watching,” Springsteen said. “She never felt sorry for herself. She was very positive about everything.”

When the pandemic hit in 2020 and the store had to shut down for a while, Springsteen said the words of her dad echoed in her head.

“I can still hear him say ‘Carol, it’s always going to go up, it’s going to go down, and you’ve just got to ride with it,’” she said. “He’d say ‘don’t worry about the things you have no control over.’”

The store is not the only thing that has stayed in the family, either.

“When we’ve been posting on Facebook the last few weeks, people have remembered coming here and say ‘my grandparents bought that, I bought this’ and now they’re bringing in their kids to buy things,” Maxey said. “It’s really cool because its generational for them as well.”

Additionally, there is a fourth generation getting their feet wet at the store. Maxey’s 11-year-old daughter Charlotte has contributed to the business by reading radio ads and helping with some store displays. Maxey also has a 7-year-old son, Everett, who enjoys being a part of things in the store.

“It would mean a lot if he and mom could see what we’re doing now,” Springsteen said. “I just wish my dad was a little mouse running around here watching everything that’s going on. He’d be really proud; I know he would.” 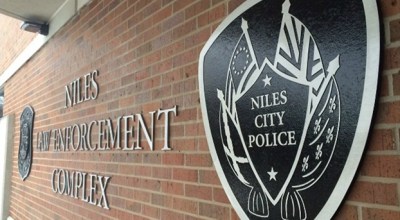