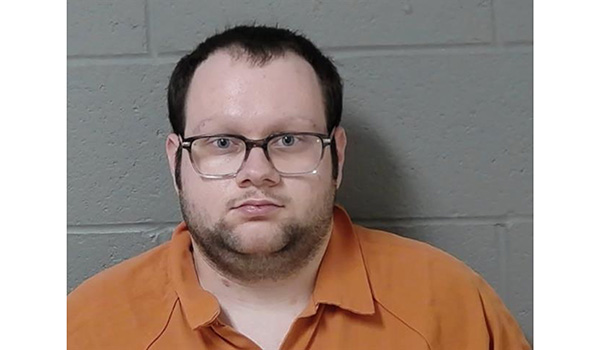 CASSOPOLIS — An Edwardsburg man who broke into Edwardsburg High School last September will get the chance to keep the felony off his record after being sentenced Friday in Cass County Circuit Court.

Joseph Bowman, 21, of Pine Lake Street in Edwardsburg, pleaded guilty to larceny in a building and was sentenced under the Holmes Youthful Training Act to two years probation, credit for two days served, $1,918 in fines and costs and $901.57 in restitution.

The incident occurred Sept. 2, 2021 at Edwardsburg High School. Video showed Bowman inside the school, dumping water on computers and taking items from the band room. Bowman initially denied any involvement in the incident.

“You said you did this because you were recently fired from your job and you did this to release rage,” Cass County Circuit Judge Mark Herman said. “It’s hard to understand how this would help the situation. You now have a felony and a potential long jail term facing you.”

“What you did didn’t make any sense,” he added. “You damaged these people because you were somehow upset with your boss. I hope you take time on your probation to learn how to deal with personal setbacks. You need to continue counseling and look at how you handle things. If you think you’re wrongly fired, don’t go and destroy somebody else’s property.”

Defense attorney Kelly Travis said her client has a history with Edwardsburg High School where he felt he had been mistreated. “We’ve discussed how he just needs to move on from that,” she said. “If he distances himself from that, he can make better decisions in the future.”