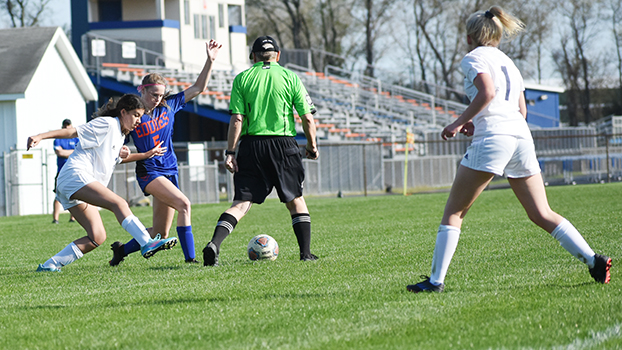 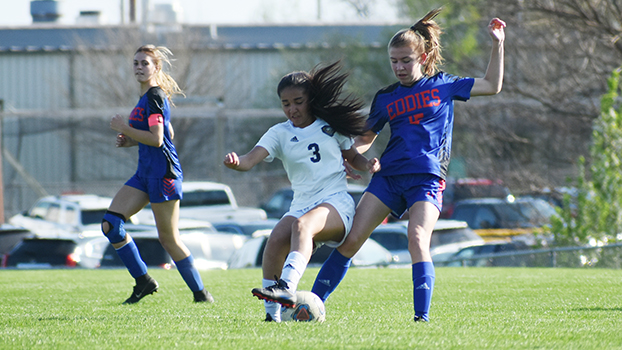 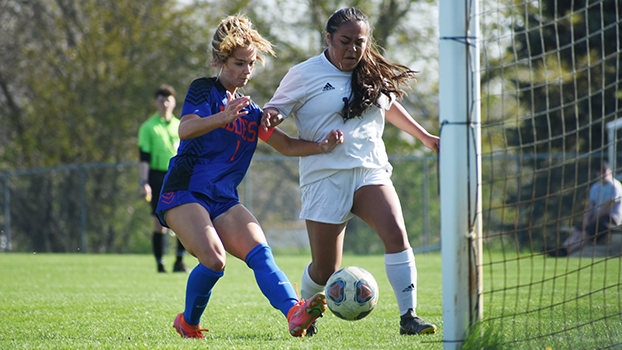 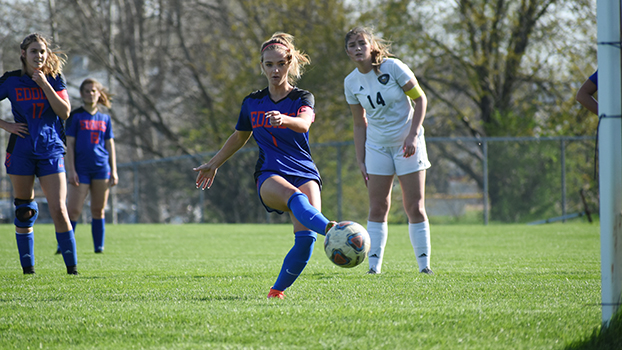 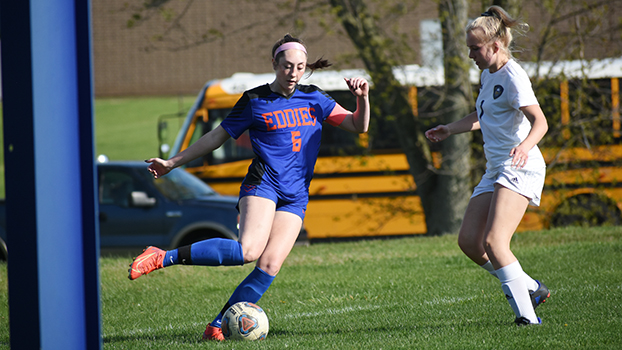 The Eddies (4-3-2, 2-2-2 Wolverine) took advantage of strong winds in the first half to score all eight of its goals.

The match ended at halftime due to the mercy rule.

“We were fortunate enough to ‘win’ the coin toss and did choose to attack with the wind in the first half,” said Edwardsburg Coach Sean Jesse. “We have been a slow starting team so we wanted to try to play with the wind instead of against it at first if it was at all possible. The wind definitely had an impact as Niles struggled to get the ball out of their defensive third.”

Also scoring for Edwardsburg were Samantha Stewart, who had a pair of goals and three assists, Mali Szalai, Madison Ahern and Elliana Bryant. Bryant also had an assist.

The Chieftains came the first team to score a goal against the Trojans in Wolverine Conference competition, but they could not pick up the victory as Plainwell won 3-1.

The Trojans led 1-0 at halftime, but quickly increased their lead to 3-0 with a pair of early second-half goals.

Dowagiac’s Kenya Lee scored a late goal as the Chieftains averted the shutout.

“I told the girls to get ready for a dogfight,” said Dowagiac Coach Chad Davis. “We knew that this was a very good soccer team that we were going to face, and if we hung around long enough, we would have a chance. Unfortunately, we didn’t muster up enough offense, but we did hold them as long as we could. I was very proud of the effort they put in tonight. We put up a heck of a defense against a state-ranked soccer team.”

Undefeated Plainwell is currently ranked No. 4 in Division 2.

The Bucks improved to 8-4 on the season as they blanked visiting Bronson 8-0 Monday night.

Buchanan outshot the Vikings 39-10 in the non-conference match.

Evyn Pruett had four goals for the Bucks, who also got two goals from Alexa Burns. Saleen Brennan and Madison Mix also found the back of the net.

Hailey Jonatzke and Jenna French both had a pair of assists. Brennan added an assist.