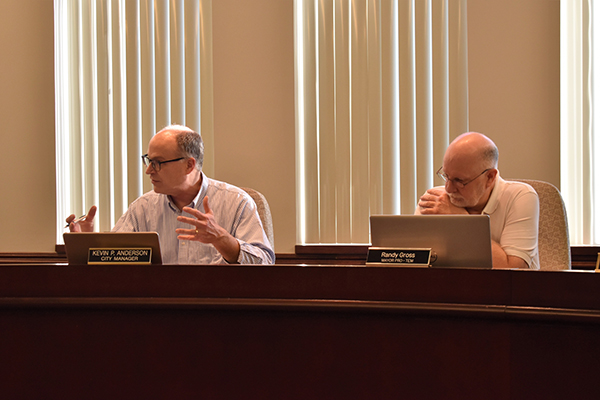 DOWAGIAC — After the surge of absentee voting in the 2020 elections across the country, Dowagiac is taking an extra step to ensure efficient and secure counting of all votes.

The Dowagiac City Council on Monday approved a resolution to create an Absentee Voter Counting Board, which will count mail-in and absentee votes separately from in-person votes. The board will be set up under the same rules as a regular precinct, with at least three workers who must take an oath take a special oath affirming they will not communicate any of the information from within the counting place until the polls are closed.

The board will be secured and sequestered from all other activity, though poll watchers and challengers will be permitted inside the room. Any person in attendance after the counting has begun must remain in the room until polls have closed at 8 p.m. on election day. Additionally, cell phone use will not be permitted in the room where votes are being counted.

“The creation of an Absentee Voter Counting Board moves the processing of all absentee ballots into its own precinct and allows for a designated set of works to focus solely on processing those ballots,” said City Manager Kevin Anderson. “The AV [board] also eliminates suggestions of impropriety concerning the processing of AV ballots.”

In 2018, Michigan passed election reform laws allowing for no-reason absentee voting, which increased the number of absentee ballots and also increased election day processing challenges such as same-day registrations, according to Anderson.

“The city already has an extra voting machine for the AV Board, which would be located in the conference room on the second floor for processing,” Anderson said. “So there would be little effort to implement an AV Counting Board.”

On May 3, the city hosted a Voter Public Forum to hear concerns from residents and to provide information about election security. According to City Clerk Patty Patano, residents of Cass County, St. Joseph County and Berrien County attended the forum.

“Some people had questions about where they heard of people registering five times,” Patano said. “Just because someone registered five time doesn’t mean they can vote five times. I tried to explain the absentee ballot process and how laborious it is.”

In regard to voter questions about post-election audits, Patano said she contacted Cass County Clerk Monica McMichael, who said she personally counts 100 percent of the votes.

“Don’t be too hard on your clerks,” said Patano, of advice she gave to participants in the forum. “The clerks are working hard to make this a good process.”

Patano said she hopes the forum, as well as the new Absentee Voter Counting Board will help alleviate concerns people have regarding election security.

“The reason I wanted to hold the forum is because I wanted people to feel like they’ve been heard and have the opportunity to say their piece,” she said. “I told them I don’t care how people vote, I just want to be a part of the process that helps people get to vote.”