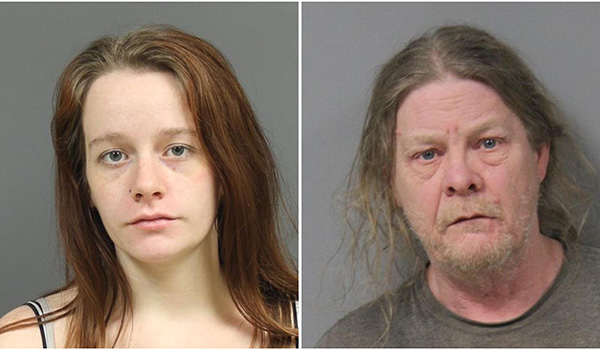 Catherine Wirick, 22, of Ninth Street in Niles, pleaded guilty to possession with intent to deliver meth and was sentenced to three years probation in the Swift & Sure program, 45 days in jail with credit for two days served and $258 in fines and costs. She can serve the jail term at the Twin County Probation Center.

The incident occurred Dec. 7 in Niles when she was found in possession of 76 grams of meth. She also faces similar charges in Indiana. Wirick informed the judge that she has three children and is pregnant with a fourth.

Judge Schrock said he also found a reasonable basis to depart from the guidelines due to her age and her lack of a record. “I’m not going to send you to prison but you are not going to have any chances to avoid prison if you don’t make it your job to straighten up your life and get rid of the people around you who are not helping you,” he said.

“You’re on a train and you’re coming to a switch in the tracks, one is going to a black tunnel and other to the light,” he added. “You have one opportunity to maybe get on the tunnel to the light … It’s time to step up and make it your job to overcome your obstacles. You can’t sit back and let things happen around you.”

In one last sentencing, Scott Hill, 62, of Rynearson in Buchanan, pleaded guilty to attempted possession of a firearm by a felon and was sentenced to credit for two days served, forfeiture of weapon and $1,198 in fines and costs.

The incident occurred Dec. 7 in Buchanan.