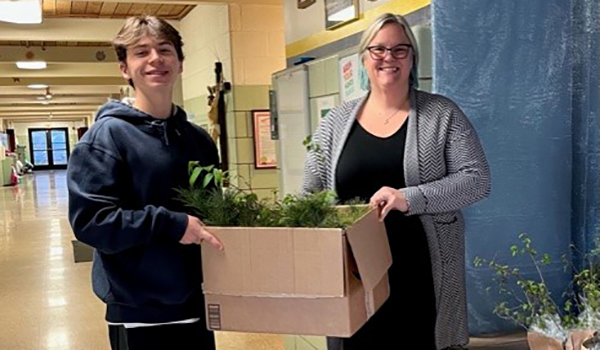 Lundberg helped organize his classmates from the Berrien County Math and Science Center to volunteer for the Berrien Conservation District in exchange for the tree sapling donation and also helped recruit classmates to distribute tree saplings in their home communities of Watervliet, Edwardsburg and Berrien Springs.

On Wednesday, April 27, Sawyer read the book “Would You Could You Plant A Tree” to St. Mary’s preschoolers as a fun way to end the project.