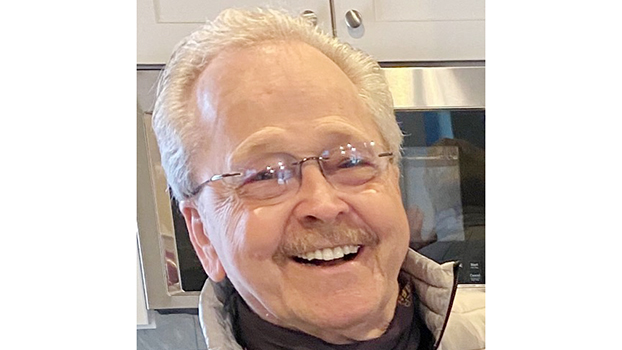 John Allen Biek, 76, of Reno, Nevada, died peacefully in his sleep on April, 7, 2022, after feeling ill from his COVID booster shot.

He leaves a huge hole in the hearts of his family and friends who were always entertained by his stories and hilarious sense of humor.

John was born on March 7, 1946, to Roy and Jean Biek in Dowagiac, Michigan, and grew up in a tight knit Catholic family with brothers Dave and Craig and sisters Mary Ann and Jean. He worked with his Uncle Ray and cousins at the family business, Biek Roofing and loved spending time on the farm with all of them.

He graduated from Niles High in 1964 then moved to St Joseph Michigan, where he worked for the Herald-Palladium before he and his best friend, Dave Parent purchased the Fayette Lounge and later, Hi’s Saloon in Berrien Springs. It was there that many friendships were formed with the great people of Niles. They sponsored and played on softball teams, bowling leagues, football teams and started the Fayette Raft Race (which became the Niles Raft Race). His success continued as he shifted focus into his job with Proctor & Gamble where he won many accolades.

If there was one thing John was, that was determined… No matter what the request, he gave his all to ensure he exceeded all expectations whether for himself or others. He spent many years at Lake Michigan on his boats, his last being a huge wooden Chris Craft yacht, the North Star. John had a passion for Notre Dame football and cars, he was know for driving across the country in search of his next “project”. While living in Nevada he loved spending time on Lake Tahoe or doing things to help his family. He was beloved by everyone who ever met him; A fantastic father and a best friend to all walks of life. His greatest joy came from being the best Papa and Opa to his grandchildren, he always wanted to be there for them and know how much he loved them.

One of the highlights of Johns life was just last year when he was able to travel to Schifferstadt, Germany and follow his family ancestry back to 1758 before going to Austria where his youngest grand babies were baptized. John is survived by his daughters, Ann Mudd of Reno, Debbie McLeod of Reno, Nanci Biek of Nashville and Niki Bennett of South Bend, all whom he loved deeply. His greatest joys in life were his grandchildren, Gabrielle Mudd, Elizabeth Bennett, Brian Bennett, Brady Bennett, Jackson Cikerle and Gretchen Cikerle.

A mass will be held at 11 am, Monday, May 23, at Saint Mary’s Catholic Church where he was an alter boy for many years: 219 S. State St., Niles MI, followed by lunch next door at the school. In lieu of flowers, please consider a donation to Northern Nevada Children’s Cancer nvchildrenscancer.org/donate/general-donation In Honor of his Granddaughter Gretchen Cikerle.