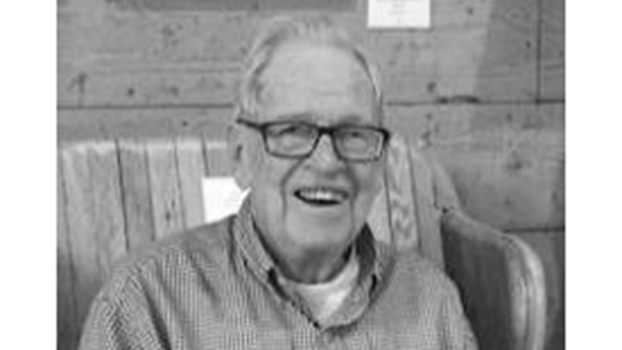 Bill was born in Hamilton, Ontario, Canada on October 30, 1922, but moved soon after with his sister and parents to Worcester, MA. When his family relocated to Akron, OH, Bill completed his high school education at Western Reserve Academy.

After graduation, Bill enrolled in Rensselaer Polytechnic Institute in Troy, NY. He joined the NROTC at RPI and enlisted in the US Navy in August 1941 at age 18.

During his 2 undergraduate years at RPI, he was an active sportsman — hockey, baseball, and soccer—and participated in many campus organizations: Delta Tau Delta fraternity, the newspaper, and the radio station. When he returned from the war, he was elected Grand Marshall.

His college career was interrupted when he was commissioned in 1943. He served in the southwet Pacific for 2 years, first as Navigator and later as Executive Officer. When the war in the Pacific ended, his LST was tasked with transporting and repatriating prisoners, both Allied and Japanese. When he separated from the Navy in August 1946, he returned to RPI to complete his Engineering degree.

In Troy, he met Elizabeth “Libby” Ann Rice, who was attending Russell Sage College. They married on August 21, 1948, and moved to Akron, OH, where Bill was employed with Johnson Steel and Wire as plant engineer and later plant manager.

Bill joined National-Standard Co. in June of 1952 and moved with his young family to N-S headquarters in Niles, MI in 1953. He rose to V-P of Marketing and Sales and became a corporate director.

Bill devoted his volunteer efforts to a wide variety of organizations: heading the United Fund Drive in 1954; joining the First Presbyterian Church, where he sang in the choir, taught senior high Sunday school with his wife Libby, and became an Elder. Bill was elected to the Niles Board of Education and served 8 years, the last as Board President. He was also active in the Michiana region, which included northern Indiana, serving on many committees with Father Ted Hesburgh of Notre Dame University. In the late 60s he joined the group that established the local presence of National Public Radio and Television for the Michiana broadcast area.

In the early ’70s, while visiting Akron friends, Laura Lee and Fred Heslop in Leland, MI, Libby and Bill impulsively purchased a vacation house on Sugar Bush Lane. This and the house they subsequently purchased next door made Leland the extended Peace family gathering spot. The tradition carries over to this day, with his children, grandchildren and great-grandchildren, owning property and visiting whenever possible.

In June 1982, Bill retired from National-Standard. He and Libby moved to Leland permanently.
Bill has been a member of Rotary International from November 1948, to the present, proudly taking his local flag to Rotary groups around the world while visiting the families of his son and daughter.
He is a 32-degree Mason and a Member of the Shrine Club (Saladin.)

A memorial service for both Libby and Bill will be held on Saturday, July 16 at the Leland Community UMC, in Leland, MI, time TBD. Private family burial at Beechwood Cemetery, Leland.