Pokagon to host March for Missing and Murdered Indigenous People 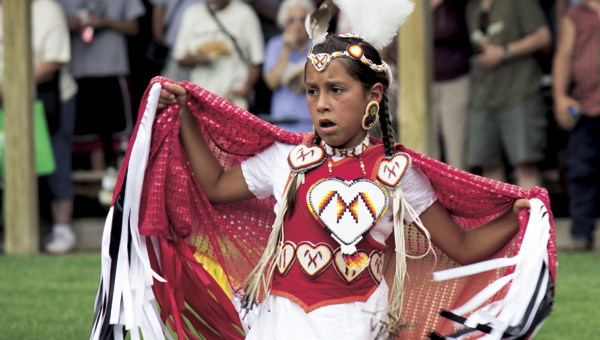 DOWAGIAC — Prior to the arrival of European settlers in present-day Grand Rapids, native tribes buried their dead along the Grand River in burial mounds. When the city was built, most of the mounds were destroyed.

In 1979, leaders of an alliance between the Michigan-based Chippewa, Ottawa and Potawatomi tribes, known as the Council of the Three Fires, renamed Grand Rapids’ Bicentennial Park as Ah-Nab-Awen Park – meaning “The Resting Place.”

On Thursday, three of Michigan’s Potawatomi tribes are converging at The Resting Place to remember loved ones and bring awareness to an ongoing crisis in their community.

Dowagiac’s Pokagon Band of the Potawatomi, along with the Nottawaseppi Huron Band of Potawatomi and the Match-E-Be-Nash-She-Wish Band of Pottawatomi are set to host the March for Missing and Murdered Indigenous People from Noon to 3 p.m. Thursday at Ah-Nab-Awen Park in Grand Rapids.

“The park itself has a shadow history that coincides with the MMIP,” said Pokagon Tribal Council Member Anita Morales. “The remains that were once buried there are nothing more than a place marker.”

The Pokagon tribe have long been involved in bringing awareness to the issue of MMIP. In 2017, they hosted a national conference on violence against women at Four Winds Casino in New Buffalo.

“We speak to the violence not only against native people, but people all over the world and especially in the United States,” said Pokagon Tribal Council Member Anita Morales. “This is something that affects us in growing numbers within our nation.”

According to the National Crime Information Center, more than 9,500 Native Americans were reported missing in 2021, with more than 6,000 classified as juvenile entries and more than 5,000 as female entries. Last year in Canada, hundreds of unmarked children’s graves were found at residential schools, according to the Cowessess First Nation band. Residential schools were network of boarding schools for indigenous children which were made mandatory in 1920.

“This is happening to children,” Morales said. “We are hoping to bring awareness not only to our nation, but to every nation as to how these acts of violence are affecting all of us.”

For Morales, the issue also hits home. Her daughter, Helena Morales, was murdered in 2016 at the age of 35, just three days before her daughter’s birthday. Her killer, according to Morales, is now serving 15 years in Florida prison.

“I know there are several members within our tribe that something similar has happened to,” Morales said. “Each one has their own story.”

When Morales told the Pokagon Elders Council about the march in Grand Rapids, she said they were excited to join the event, and have chartered a bus to attend as a group. Morales also encourages members of the public to attend, and to wear red in solidarity.

“Truth be told, we do believe there is strength in numbers,” Morales said. “The more we show solidarity with one another, the better off this thing is going to be.”

In recent years, there has been some momentum in raising awareness for the cause. In 2019, the White House declared May 5 as a national day to raise awareness for MMIP. In 2021, the Department of the Interior announced the formation of the Missing and Murdered Unit to focus on analyzing and solving MMIP cases.

“The more we can bring awareness to what is a growing act in our nation, the better off it is for all of us,” Morales said. “This is something that is very, very important to all.”

To learn more about Missing and Murdered Indigenous People and what the U.S. Government is doing to combat the issue, visit bia.gov/service/mmu. For additional tribal resources, visit nativewomenswilderness.org/mmiw or uihi.org.