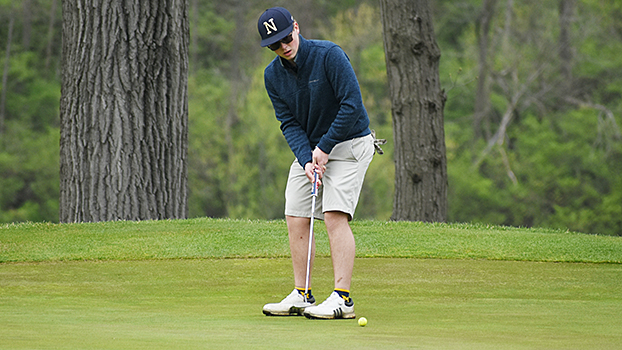 Plainwell edged Niles and Edwardsburg to win the match as the Trojans show 185. The Vikings finished with a 189 and the Eddies a 190.

Niles’ Evan Bruckner earned medalist honors as he shot a 40 on the front night at Orchard Hills.

The Vikings also got a 44 from Aiden Krueger, a 52 from Kade Delinski and a 53 from George Pullen to account for its team total.

Edwardsburg was led by Andrew Krukowski’s 43. Mason Crist shot 48, while Ethan Emenaker and Will Moore both finished with a round of 50.

Berrien Springs continued to lead the Red Division teams as it shot 213 on the back nine at Orchard Hills to edge runner-up South Haven, which finished with a 217.

Buchanan and Brandywine were a distant third and fourth, with scores of 240 and 254, respectively.

The Bucks’ Aiden Mondschein, who has earned medalist honors at the previous jamboree, shared the title with the Shamrocks’ Ethan Tripp, as the pair shot 47.

Brandywine was led by Mile LeMere’s 58. The Bobcats’ other scores were Robert Dillard 61, William Hayes 65 and Shaun Wixson 70.

Pokagon to host March for Missing and Murdered Indigenous…