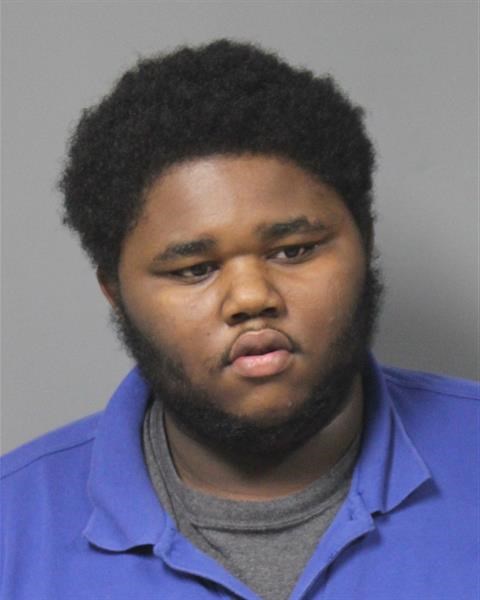 NILES — Cases involving young people and guns keep Berrien County Trial Judge Sterling Schrock up at night and Monday’s case involving an August 2021 incident in Niles was another one of them.

Monday’s case involved 18 year old Johntae Lawrence Williamson. Williamson was involved in an Aug. 13, 2021 shooting incident at 8th and Poplar Streets on the city’s north side. Although originally charged with assault with intent to murder among other charges, he ended up pleading to unarmed robbery.

According to police reports, police responded to calls about shots fired in that area and a 20 year old man having been shot and wounded. Witnesses identified Williamson as having been at the scene and he was arrested the next day. The victim recovered and is actually in prison himself.

Monday, Williamson was sentenced to a prison term of three years to 15 years with credit for 259 days served and $258 in fines and costs. He has been in custody at either the jail or the Berrien County Juvenile Center since his arrest as court officials debated whether to try him as a juvenile or adult. He ended up being tried and sentenced as an adult.

Judge Schrock noted that this is the third or fourth case in the last year involving a juvenile using a gun being tried as an adult. He said he has an obituary of a young man on his desk to remind him of what can happen to young people involved with guns and other illegal activity.

“I keep it there to remind me what happens to young people who did what you did,” Shrock told Williamson. “You claim you didn’t use your gun but you had a gun and was there because of drugs. The victim is in prison and that’s one reason why this is not going to trial on assault with intent to murder.”

“I took a chance on the young man whose obituary I have on my desk,” he added. “I put him on probation and he got killed. If I had sent him to prison, he would still be alive today. Those things keep me awake at night. I have to look out for what’s best for the public and for you.”

“Prison is not good for anybody, most come out worse,” Shrock acknowledged. “You’re articulate and a bright young man. You have to make better choices no matter how difficult they are and there are consequences of not making good choices.”

Judge Schrock said he couldn’t find any reason to deviate from the sentencing guidelines which called for 29 to 57 months in prison.

“That I am in the position that I feel it necessary to do that (sentence Williamson to prison) is a tragedy for you and society,” he said. “I hope you can navigate the next three years and come out a better person.”

Before the sentencing, Assistant Prosecutor Kate Arnold noted that Williamson was out on parole at the time of the August incident. He had been arrested in July of last year for possession of a stolen firearm and carrying a concealed weapon in a vehicle.

Williamson apologized for his actions before the sentencing.

“I apologize to my family, the court and the victim,” he said. “I don’t want to go down this path. I want to show my mother that I can get an education and get a job.”