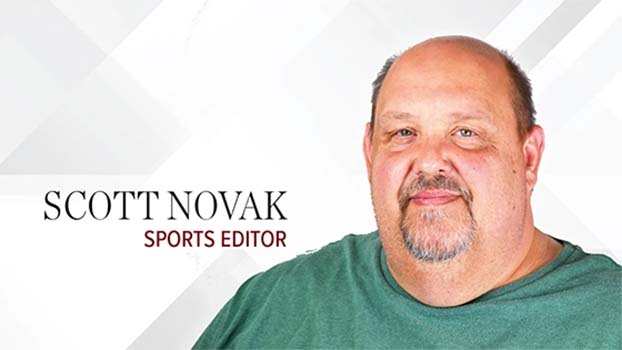 Woody Allen once said, “if you want to make God laugh, tell him about your plans.”

Now I am not comparing myself to God, but if you want to make me laugh, tell me who you think are the best five players all-time, by position, in the National Basketball Association. If you have anyone on that list who is currently playing or played since Michael Jordan retired, I am going to get quite the chuckle out of that list.

I laugh every time I see a list of the all-time greats of the NBA, be it from a national sport pundit like a Skip Bayless, or the local guy at the bar giving you his list. They cannot help themselves from listing a Lebron James, Kobe Bryant, Kevin Durant, or any number of players currently making up NBA rosters.

Quite frankly, they are all wrong if they do so. No one in what I consider the modern era — post Jordan — should make the list because these players are soft and play under a different set of rules than the likes of the real all-time greats such as Wilt Chamberlin, Kareem Abdul-Jabbar, Bill Russell, Oscar Robertson, Jerry West, Elgin Baylor, Julius Erving and Elvin Hayes before the days of Jordan.

Players who could be considered from the era I grew up in are Magic Johnson, Larry Bird, Tim Duncan, Hakeem Olajuwan, Shaquille O’Neal, Clyde Drexler, Isiah Thompson and Allen Iverson.

Of course, the real catch is that players can not really be compared to one other for a multitude of reasons such as what era they played in, under what rules, and one of the biggest, having never played head-to-head, so we could have an accurate comparison. I know that some players crossed paths over the years, but can you truly compare a player at the end of his career to someone just beginning his career? Of course not.

Another critical element in the debate about the greatest players of all-time, or maybe the most significant obstacle, is personal bias. Haters love to hate and certain players draw more than their fair share.

I have never understood the hate toward James. I get that you might think he is over-hyped, but in reality, all the great players were given more credit than they deserved during their glory years. You would think Michael Jordan played by himself in delivering six championships to the Chicago Bulls. The rest of the players were just the supporting cast. Truth be told, Jordan could not have won multiple rings without the players the Bulls surrounded him with.

But back to James. I know he has made some bad decisions that have affected how people view him. However, in the end, the man should be respected not only for what he has accomplished on the court, which is plenty, but more importantly, for the person he is off it. By all accounts, he is a loving family man who has never done anything to embarrass his wife and children. He has given millions of dollars away to help others, including paying for children to attend college.

In the times we live in now, that should be applauded and relished, not ridiculed.

Since so many people believe that they know who the greatest of all time are in the NBA, I am going to make God laugh, and hopefully you as well, by giving you my all-time greatest by position list. In a couple of positions, I will give you two choices because there is no real way to separate them.

Point guard — Magic Johnson or Oscar Robertson. Everyone loves Magic at this position. I feel Robertson gets overlooked because of how long ago he played the game.

Shooting guard — Michael Jordan. Forget trying to put Kobe here. There was no one better at this position in the NBA. Never will be,

Small forward: Larry Bird or Elgin Baylor. Bird, along with Magic, helped save the NBA. But Baylor was the original high-flier long before the likes of Dr. J and Dominique Wilkens. He played the game above the rim better than anyone of his era.

Power forward — There are plenty of contenders for the No. 2 spot, but Tim Duncan is my choice here. No one was more consistent throughout his career than Duncan.

Center — Bill Russell or Kareem Abdul-Jabbar. Take your pick here. Russell is an 11-time NBA champion, while Kareem won six titles and is the all-time scoring leader in the league. You could also throw Wilt in there as a six-time champion and 19-time all-star.

So, there you have it. If you think I am crazy, hopefully, you got a good laugh out of it.