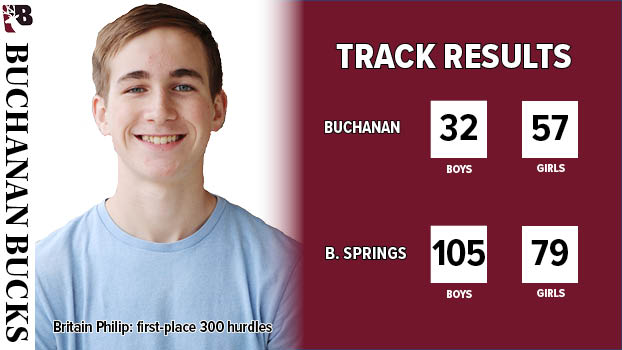 At Berrien Springs, the Shamrocks defeated the Bucks’ boys team 105-32, while the Buchanan girls team was defeated 79-57.

Buchanan won three events in the boy’s portion of the meet.

Zoe Griggs won the shot put for the Bucks with a toss of 25-10.75, while Kaitlynne Walter won the discus. No distance was available.

Buchanan’s other first-place finish came in the 3,200 meter relay as Sydney Greaves, Maddix Roberts, Eleanor Young and Madeline Young posted a time of 11:47.54.

Otsego took first place in every event in the boy’s portion of the meet.