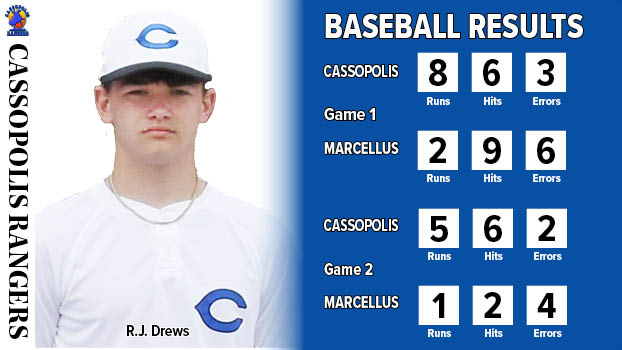 The Rangers defeated the Wildcats 8-2 and 5-1. The second game was halted after five innings due to darkness.

R.J. Drews earned the win in the opener for the Rangers.

Cassopolis had six hits in the contest, led by Collin Bogue, who had a pair of doubles.

In the nightcap, Bogue picked up the win as he tossed a two-hitter.

The Rangers had six hits again in the second game, led by Drews, who had a pair.

Niles managed just three hits in its Wolverine Conference doubleheader with the Bulldogs.

The Vikings are now 3-10-1 overall and 2-4 in league contests. Vicksburg improves to 7-4 and 5-0 in Wolverine Conference play.