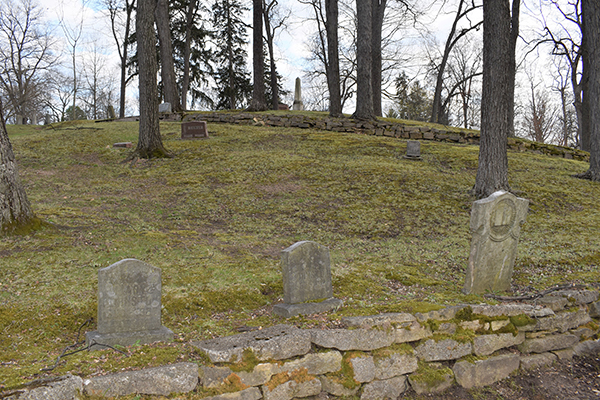 DOWAGIAC — The city is about to breathe new life into a piece of a local cemetery.

At its regular meeting on Monday, the Dowagiac City Council approved a resolution to move forward on a $12,230 project to remove, repair and replace the retaining wall on the north side of Riverside Cemetery. The city authorized City Manager Kevin Anderson to hire Clean Cut Lawn & Landscape for the project, which also will install improved drainage.

According to Anderson, the city’s cemetery board has prioritized this repair over the last several years. In its proposal, Clean Cut said it appreciates the historical nature of the wall, and proposed a solution that would hold true to its history. Upon completion of the new drainage, Clean Cut will replace the wall with the existing stones, according to its estimate.

The majority of the cost – $9,300 – is for the removal and reinstallation of the existing stone.

Also on Monday, council authorized a budget of $60,000 for utility pole testing, tagging and locating by American Energy Services and Midwest Energy & Communications.

“This project is needed so that long-term budgeting for pole replacement can be done with a degree of accuracy and reduce the timeline crews spend looking for poles/work areas,” said Anderson, in a memo to council members. “Also, having an accurate, [Geographic Information System]-based map will simplify Miss Dig efforts.”

According to the memo, AES will identify, tag and test the poles. Then, MEX will identify the equipment on the poles for entry into the GIS system.