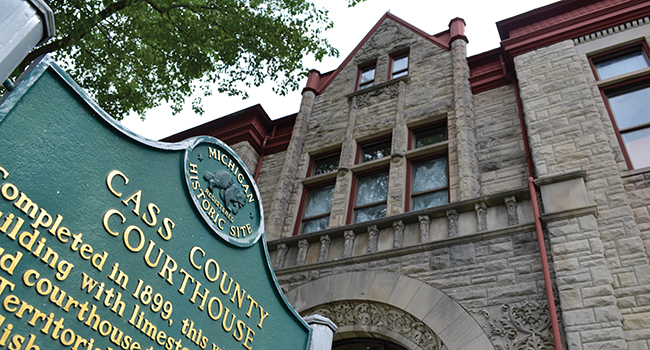 CASS COUNTY — The final collective bargaining agreement between Cass County and its union employees has been reached.

The Cass County Board of Commissioners on Thursday, April 21, approved a tentative agreement between the Fraternal Order of Police Labor Council, road deputies, detectives, Sheriff Richard Behnke and the board of commissioners. The motion authorizes commission chair Skip Dyes to sign the agreement upon completion.

According to Cass County Deputy Finance Director Becky Moore, the group decided to forego salary step increases and raises at the same level of other union-represented groups in order to keep their defined benefit pension plan. They also agreed to share the expense with the county by increasing their contributions to the defined benefit plan, as well as forego the transition bonus offered to other groups for switching to the defined contribution plan.

The only other union able to negotiate for their employees to retain their DB plan was the Cass County Independent Employees Association, which negotiated on behalf of courts employees and general unit employees. Both contracts, however, include a trigger event, which will cause the defined benefit plan to convert to a defined contribution plan should certain conditions be met.

Currently, Moore said the combined contribution percentage between road deputies, detectives and the county is more than 30 percent. For this contract, the trigger event occurs at 50 percent contribution. Moore added that the number had already gone up 6 or 7 percent when the corrections officers formed their own union group.

“They’re fully aware that probably within a year to two years, the DB will be switched to the DC,” said Moore of the road deputies and detectives. “But they will not be getting the transition bonus, because they chose to forego that.”

At a previous meeting, Moore said the sergeants unit will see a transition bonus of $10,000 for the switch. At last Thursday’s meeting, she said the county is in an OK position to let the road deputies and detectives group keep the DB plan for now because they also chose not to receive the same level of salary increases as other groups.

The contract is not finalized, according to Moore, as the county is waiting on the Municipal Employees’ Retirement System of Michigan to determine the current rates of contribution.

Commissioner Mike Grice brought up concerns that the board was being asked to approve an agreement that wasn’t finalized.

“We finished negotiations last week,” Moore said. We drafted a contract for all parties. It’s been under review. Everyone’s been making little work changes. … So, we still don’t have a contract yet. We’re just bringing you the fact that we have this tentative agreement and then we will follow it up with the contract.”

Both Grice and commissioner Jeremiah Jones voiced opposition as the resolution passed.