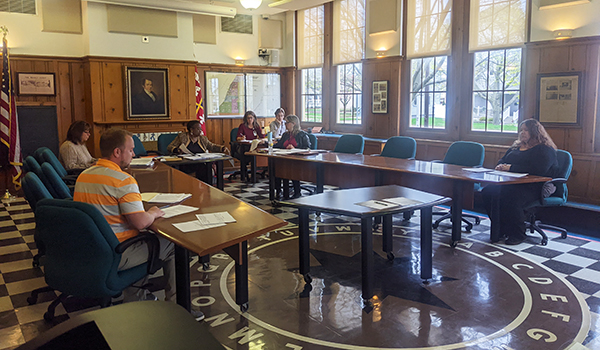 ST. JOSEPH — A trio of refiled recall petitions targeting three Niles school board members were approved by the Berrien County Election Commission during a clarity hearing Monday at the Berrien County Administration Building in St. Joseph.

McCully and Zelmer attended Monday’s hearing to state their cases, while Fish and Wortham were absent.

“I’m happy with the way things went today, McCully said. “I think that it was a fair decision on the part of the election commission and we’re excited to move forward.”

The original petitions were rejected because the petition language, which cited a letter from Applegate, did not specify that Applegate is the superintendent of NCS. Because not every voter has a child in the school district and therefore did not receive that letter from Applegate to know where the information is coming from, the commission could not approve the petition language presented as-is because it was not clear and factual enough to be approved and circulated.

McNully added the word “superintendent” to the refiled petition language.

According to the election commission, Fish, Wortham and Zelmer have the right to appeal the ruling of the clarity hearing and would have to do so within 10 days of Monday’s ruling.

McCully said she will soon begin collecting signatures for the petition. If enough valid signatures are collected, a recall election is then held. The targeted official becomes a candidate for the current seat and any other qualified resident may also run to fill the remaining portion of the term as well.

Whichever candidate wins the election, incumbent or challenger, that person fills the remaining part of the current term. A school board member named in a recall remains a full-fledged member of the board of education and must continue to perform all duties at least until the election is held and the results are certified.