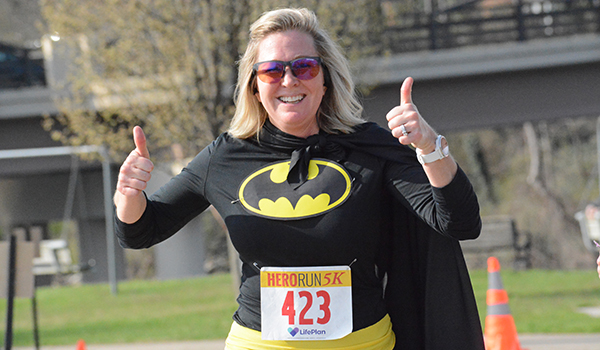 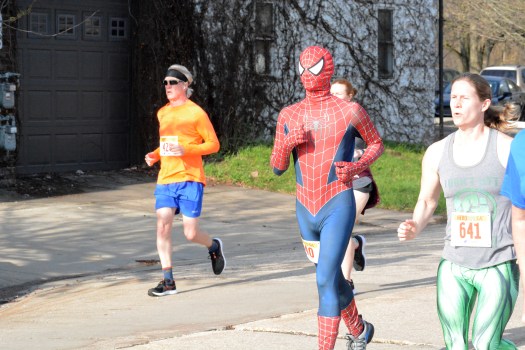 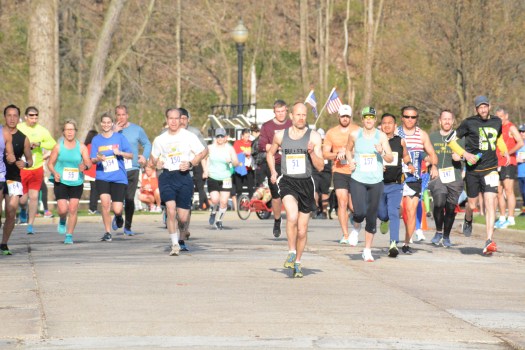 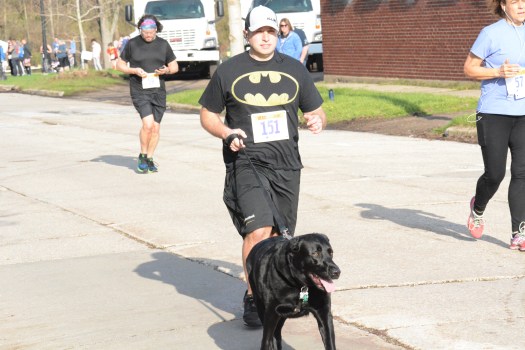 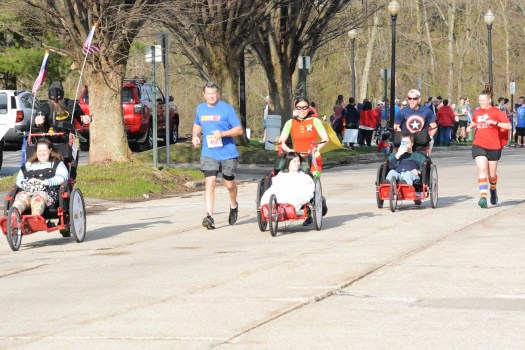 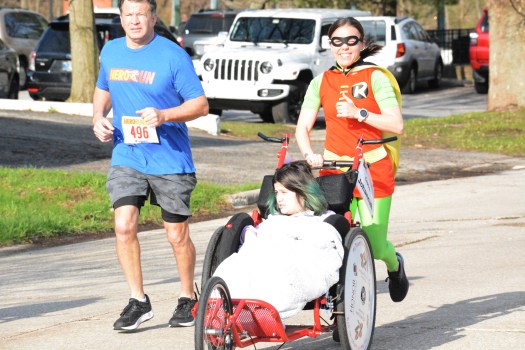 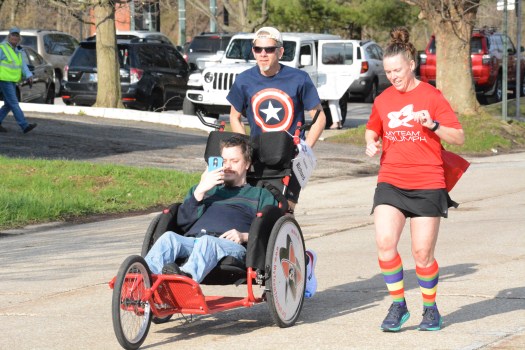 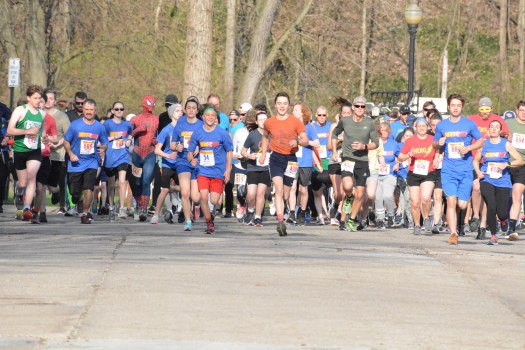 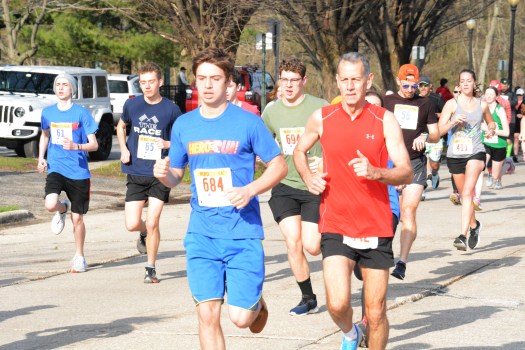 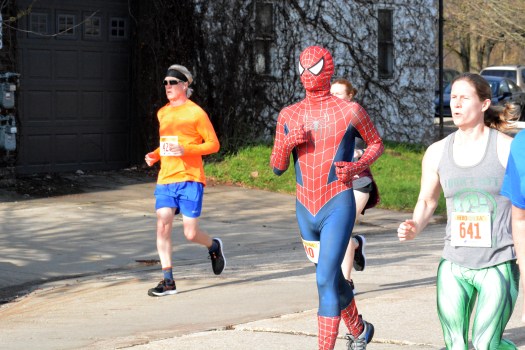 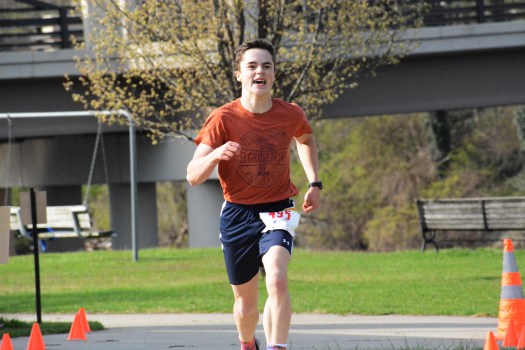 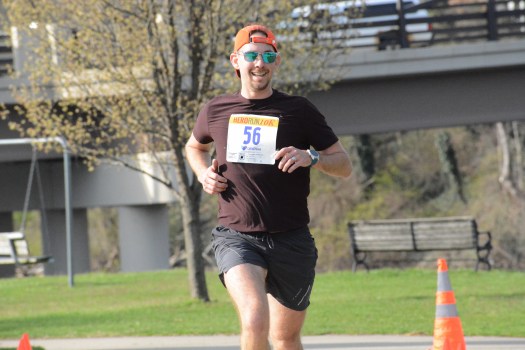 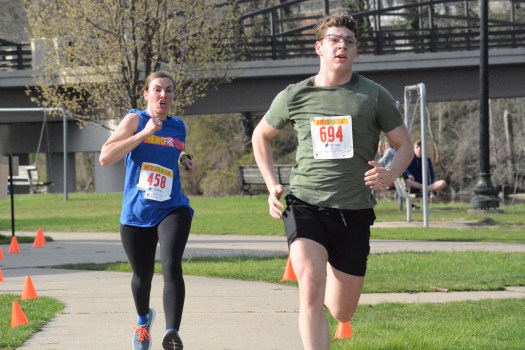 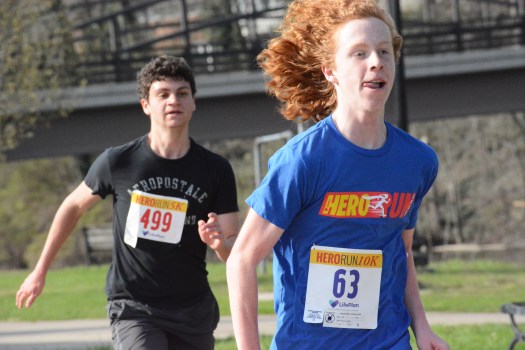 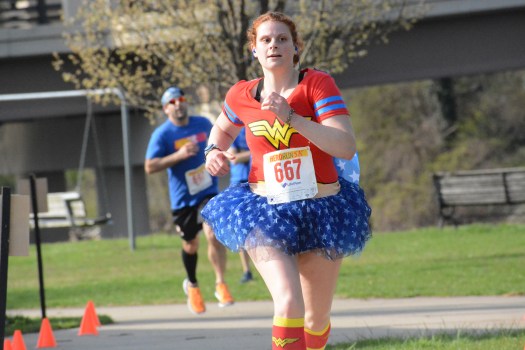 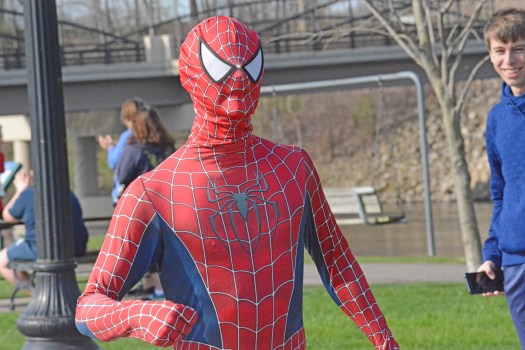 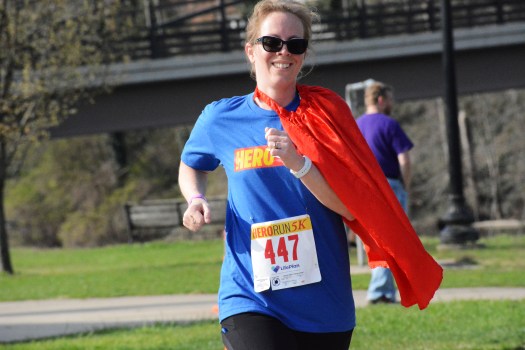 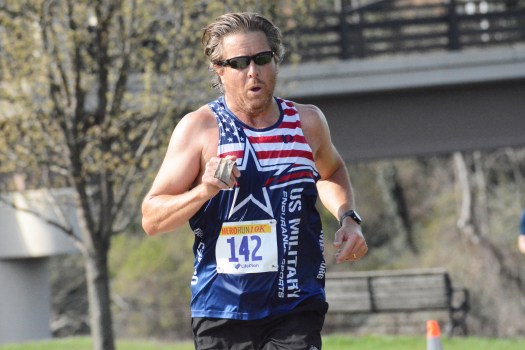 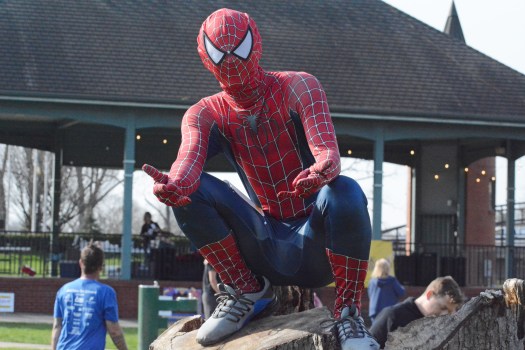 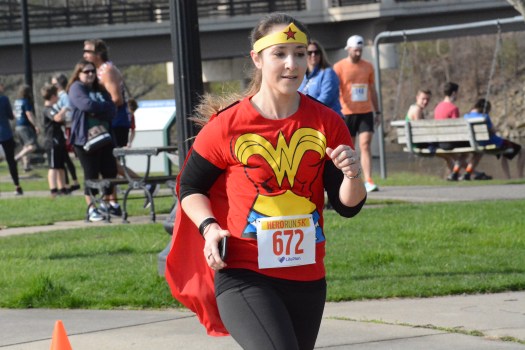 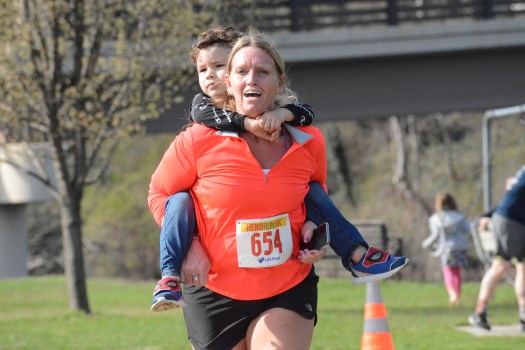 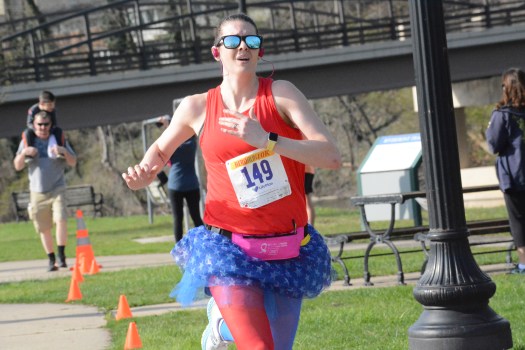 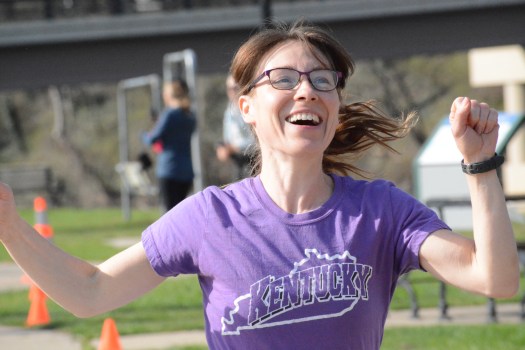 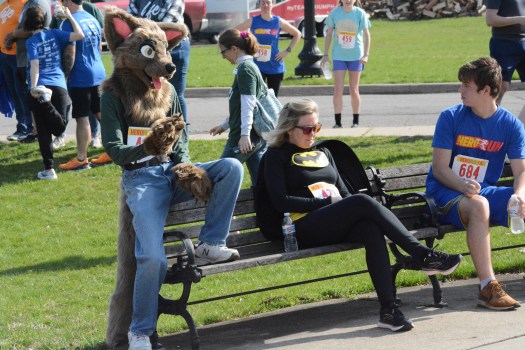 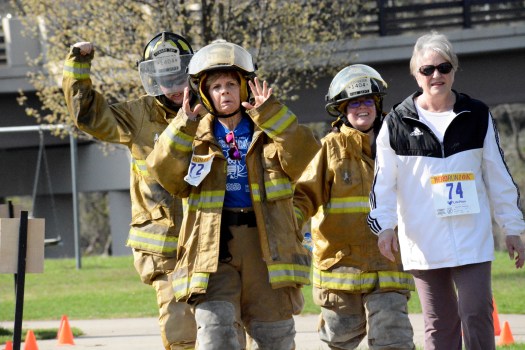 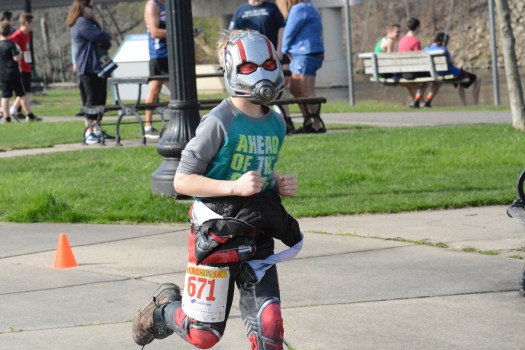 NILES — Villains hoping to take over Niles Saturday morning did not stand a chance.

217 heroes of all ages descended upon downtown Niles to thwart villainy and participate in the annual Hero Run 5K and 10K.

The races – which included a 5K run/walk and 10K – began and ended at Riverfront Park and took runners through downtown Niles, historic neighborhoods and along the Riverwalk trail. In addition to awards for the top finishers, there was also a costume contest for those who dressed up as a superhero.

Proceeds from the race will support LifePlan and its programs and services for expecting mothers and their significant others, including educational classes, limited medical care and baby items.

While many participants dressed up as their favorite comic book superheroes, there were those who chose to imitate their real-life heroes.

Matthew and Andrea Adams, Laurie Pierce and Cathy Zavoral participated in the walk in honor of the local firefighters in their lives.

“I’m very proud of what they do,” Andrea said. “I couldn’t do what they do. This is a small way we can pay it forward. They’re our heroes; they’re unsung heroes.”

The Adamses and Pierce performed the walk wearing firefighter boots, pants and jacket.

“If you’re gonna do it in fire gear, make sure you have the right size boots,” Matthew said. “The gear is obviously heavy and it is a warm day, so it’s tough.”

Matthew’s father, Robert, is the Buchanan City Fire Chief. Andrea’s father and Cathy’s husband, Gary Zavoral, is a firefighter with the Howard Township Fire Department and the Cook Nuclear Plant. Pierce is a longtime family friend.

The group knows firsthand how much firefighters do for the community.

“The fire station was like a third home for me,” Matthew said. “I spent a lot of time there as a kid. All the fire people treated me like family so I was really blessed growing up. I got to see all the sacrifices they go through on a daily basis. They make a lot of sacrifices that people don’t even realize.”

In addition to supporting their heroic family members, the group walked in support of LifePlan and its services.

“We love LifePlan,” Andrea said. “We support them all the time, especially our church. We always say we do it for the babies. That’s the whole point of this.”