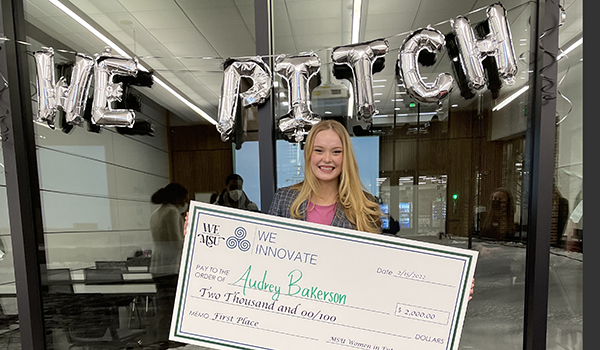 EAST LANSING — A Niles native is making a name for herself in the business world and aims to encourage young girls to follow their dreams.

Audrey Bakerson, a senior human biology student at Michigan State University, recently took first place at the MSU Women in Entrepreneurship Pitch competition. The competition was formed by a group of women at MSU to provide women entrepreneurs a place to gain practice pitching their idea in front of judges and a crowd of their peers in an inclusive, supportive environment.

The first place finish netted Bakerson $2,000 to be used for entrepreneurship ventures.

“I went up against a bunch of women who had businesses started and were making money with and I ended up winning first place,” she said. “It has been a really cool experience, especially being a woman and being young,” she said. “Growing up, there were a lot of people saying ‘oh, you can’t do that.’ So I was hoping to inspire other young women to be passionate and go after what they want to do. It doesn’t matter what people say.”

While entrepreneurship was not on Bakerson’s radar when she enrolled at MSU, after joining the Burgess Institute for Entrepreneurship and Innovation Discovery Program through MSU, she knew it was something she wanted to pursue. The Discovery program is a free program that offers students courses and resources to foster an entrepreneurial mindset and create new ventures.

Through the Discovery program, Bakerson was able to launch an artificial nail business and pitched it to the Launch program, where program members receive advanced support and seed funding for their ventures.

“I knew starting a business would be hard but I didn’t know how much actually goes into it,” she said. “I’m in the entrepreneurship association and we met up with a bunch of different MSU alumni and explored the businesses they started. Even inside of that bubble, there was a diverse range of things they can do. I have no idea what my futures gonna look like but it’s exciting.”

While she couldn’t go into detail about her business just yet due to the patent process, Bakerson was happy to see her vision come to life.

“I think I’m most excited about being able to see what I’m working on be used in real life,” she said. “I’ve worked on a ton of different projects that I hoped would help others but it didn’t pass, so it’ll be cool to see my product in stores and my friends, family and others using it.”

Bakerson’s platform is not limited to just entrepreneurship. The 20-year-old is also a member of the Miss Niles Pageant court after placing runner-up in this year’s pageant. As she continues to blaze her own trail, she hopes to lead as an example for young girls to follow their dreams.

“If someone tells you you can’t do something, use that as fuel to do it even better,” she said. “I think that’s one of the things I’ve used to make it as far as I have, because I’ve had people tell me that I can’t do something because I’m a woman or because I’m young. It used to beat me down pretty hard and I know a lot of women who let those words diminish what they can do. I’m hoping my positive attitude can enlighten and empower other people around me.” 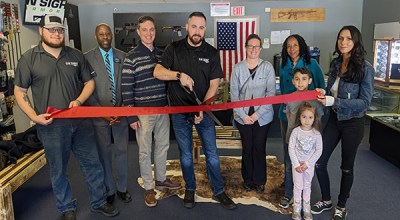