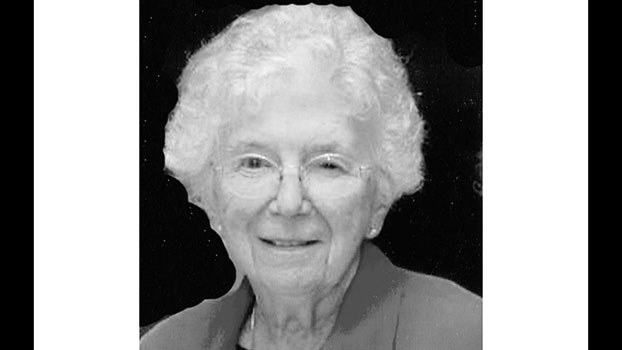 A 1934 graduate of Niles High School, Virginia continued her education at the University of Michigan where she received a BA. degree in 1938. While there, she joined Delta Gamma sorority where she met many lifelong friends. She waited an additional three years, until Sept. 13, 1941, to wed John W. Strayer, M.D. who was completing medical school and an internship at U of M. Three months later came Pearl Harbor and a war that separated them for a time while John served as a flight surgeon and as a Captain in the (then) Army Air Corps. They were able to be together for part of the war and counted eleven different locations in the states where they were stationed.

Virginia was active in the community as a lifelong and active member of Trinity Episcopal Church; co-founder of Meals on Wheels of Niles-Buchanan; a Girl Scout leader; member of Niles Garden Club, Seepewa Reading Club, Niles Service League, Orchard Hills Country Club and Signal Point Club where she was club champion. “Ginny”, as she was known to her friends, enjoyed a good game of bridge, gin rummy or cribbage with John, and needlepointing, music and gardening.

She was preceded in death by her parents; her husband, John; son, John W. Strayer III; son-in-law Jerry Rossow, as well as an infant brother and her sister, Elizabeth Eaglesfield Thompson.

A funeral service will be held at Trinity Episcopal Church, 9 S. 4th St. in Niles, on Wednesday, April 20, 2022, at 11 a.m. Visitation will be held at Brown Funeral Home in Niles on Tuesday evening from 5-8 p.m. An interment will be held at Oak Ridge Cemetery in Buchanan.