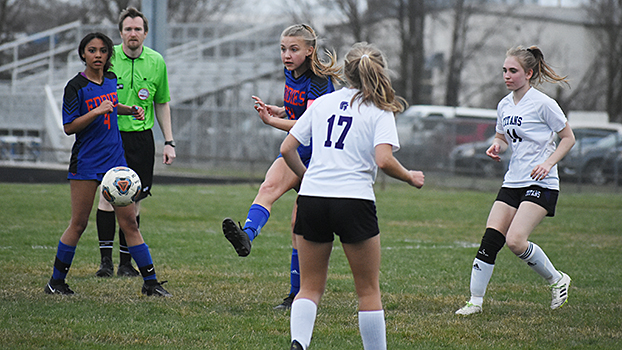 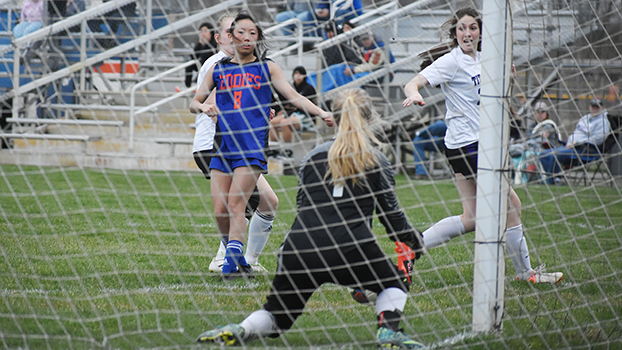 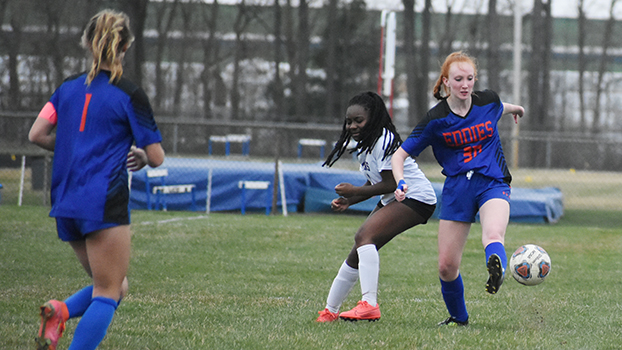 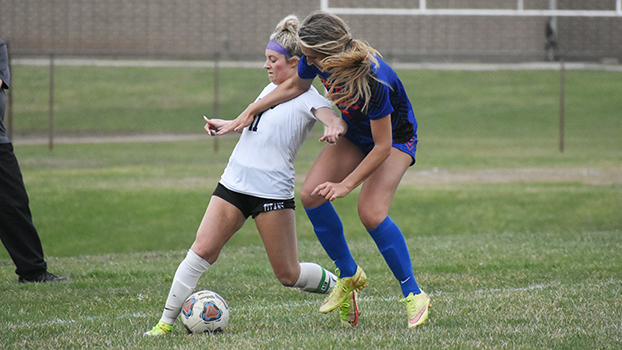 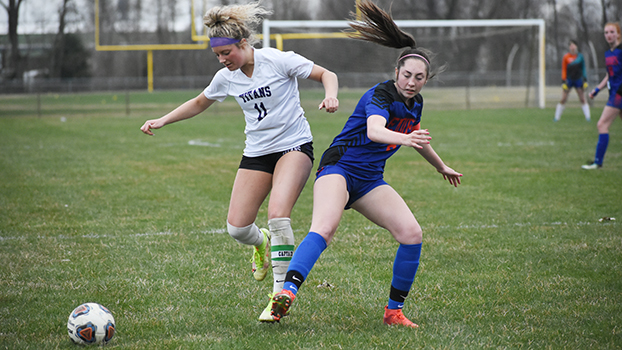 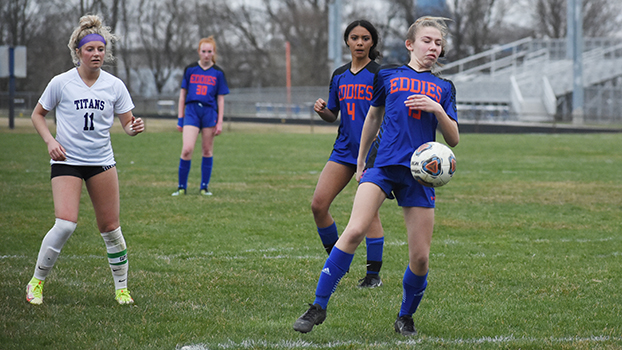 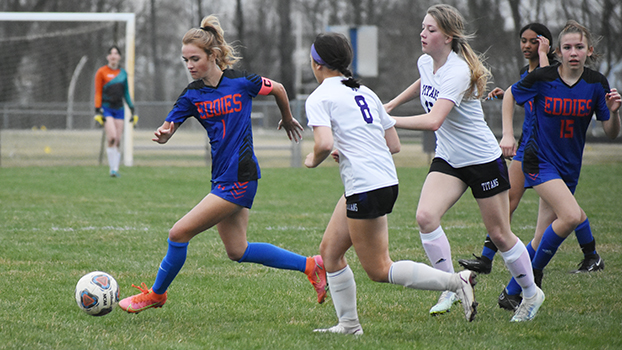 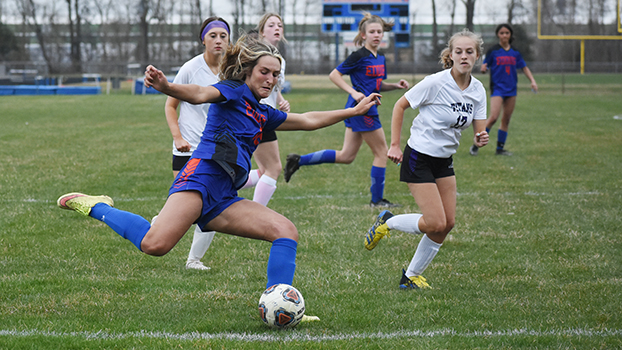 EDWARDSBURG — It took a while to shake off the rust, but the Edwardsburg girls soccer team rallied to beat visiting Michigan Lutheran 4-1 in a non-conference match Tuesday night.

The Eddies (1-1) trailed 1-0 early in the match but were able to tie the Titans 1-1 by halftime. Edwardsburg dominated the second half, scoring three goals, and keeping the Titans bottled up in their own end of the field.

Trailing 1-0, Lili Szalai scored the first of her back-to-back goals to tie the match heading into the break. Szalai scored the opening goal of the second half, which turned out to be the game-winner for the Eddies.

“This is only our second game so we are still trying to figure things out,” said Edwardsburg coach Sean Jesse. “We tried a new formation today and it took a full half until we began to feel more comfortable.”

Jesse added that his team took advantage of the strong wind blowing the entire match in the second half to help keep Michigan Lutheran from sending long balls like it did in the opening 40 minutes of play.

Jade Milliken gave Edwardsburg a 3-1 lead midway through the second half and Macey Laubach completed the scoring. Vivian Tomas, Laubach and Samantha Stewart all picked up assists for the Eddies.

Jesse said his squad still has plenty to work on heading into today’s Wolverine Conference opener against Sturgis.

“Two important things we need to work on are utilizing the space created by our formation and how we want to play. Secondly, we need more energy and passion shown consistently throughout the 80 minutes. We had some real flat moments today that caused us to give up a goal and have some unnerving moments.”