New Dowagiac restaurant to use outdoor space behind former Zeke’s 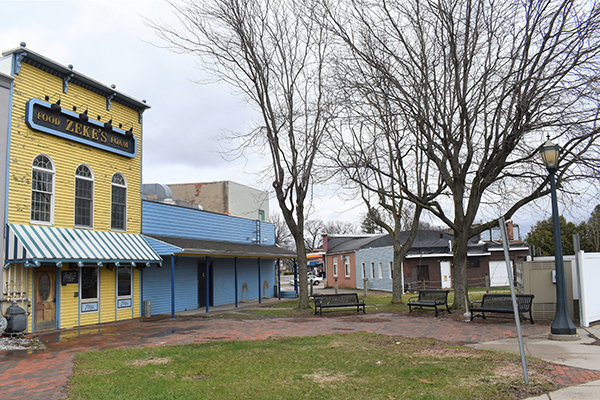 DOWAGIAC — The aroma of smoked meats will soon be wafting through downtown.

The Dowagiac City Council on Monday approved a resolution authorizing the city to lease the space behind new restaurant Oak + Ash BBQ, 109 S. Front St., for the purpose of allowing their meat smokers to operate outside.

According to Dowagiac City Manager Kevin Anderson, one of the original commitments made by the city when working towards a new restaurant in the former Zeke’s facility was to allow for this use of space.

The restaurant – owned by Haunt of Hounds, LLC – will focus on Texas-style BBQ, featuring smoked meats, tacos, sides, sandwiches and a full bar. Ownership said they also intend to use the space for other uses, but likely not until 2023.

“Once approved with the city, some of the outdoor space will be used for smoking our menu items utilizing custom smokers that are currently being constructed,” said co-owner Jordan Mullins. “After approval from the liquor board, the other half will be utilized for outdoor dining/drink area.”

Oak + Ash continues renovations of the space, which will include changes to the façade and an interior remodel. They originally planned to open by summer 2022.

The outdoor space will not extend into the parking lots, and will allow for full access to the electric transformers on the property. The existing sidewalk will also be rerouted, according to Anderson.