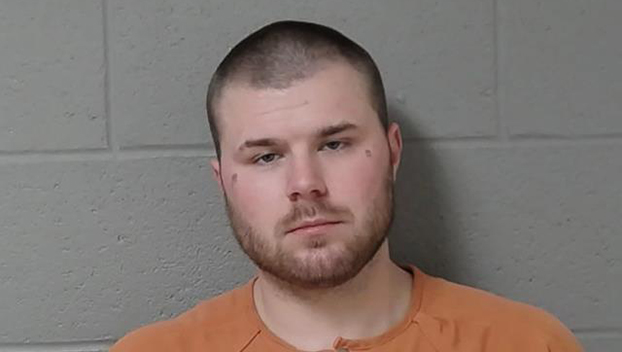 CASSOPOLIS — A Marcellus man is going to prison for his role in three separate incidents involving stolen vehicles and drugs in 2020 after being sentenced Friday in Cass County Circuit Court. Meanwhile, two other area men already in prison were sentenced.

Kane Trevino, 25, of Marcellus, pleaded guilty in the three incidents as a habitual offender and was sentenced to three concurrent prison terms.

He pleaded guilty to receiving, concealing or possession of a stolen vehicle from a June 12, 2020, incident in Newberg Township and was sentenced to three years to 10 years in prison with credit for 180 days served. He must pay $698 in fines and costs.

He pleaded guilty to possession of meth from a Aug. 24, 2020, traffic stop on Marcellus Highway and was sentenced to three years to 20 years in prison with credit for 104 days served and $1,198 in fines and costs. He also pleaded guilty to fleeing police on that same occasion and was sentenced to credit for 104 days served and ordered to pay $568.

In the final case, he pleaded guilty to receiving, concealing or possession of a stolen vintage Mustang on Nov. 5, 2020, in Dowagiac and was sentenced to three to 10 years in prison with credit for 104 days served. He must pay $698 in fines and costs.

Cass County Prosecutor Victor Fitz called Trevino “a wrecking crew of self-destruction” who also has warrants for his arrest out of Kalamazoo County.

“It’s with no joy do I say this. He needs to be sent to prison to protect the public,” he said.

Defense attorney John McDonough said that Trevino has a serious problem with meth and that all these charges stem from his meth addiction. He noted that Trevino made some very poor decisions when he absconded from the Adult Treatment Court.

“He’s only 25 years old. I think he has a future if he stays on the path he is on now,” McDonough said. “He needs to keep his head up, stay away from meth and those who lead him down that path.”

Trevino apologized for his actions and accepted full responsibility.

“I’m sorry I made some dumb choices in life,” he said.

Cass Circuit Judge Mark Herman noted that Trevino had a great opportunity to stay out of prison when he was allowed into the Adult Treatment Court program last year.

“Instead of availing yourself of that, you went AWOL,” he said. “You went AWOL a second time and also failed to appear here and in Kalamazoo.”

Judge Herman said Trevino may serve the sentences in boot camp if he is found to be eligible.