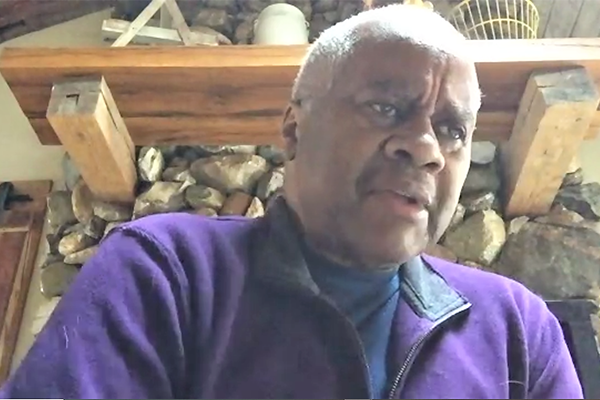 CASS COUNTY — Layered on top of a black and white photograph reads a quote from Dr. Martin Luther King Jr.: “True peace is not merely the absence of tension; it is the presence of justice.”

After forming in 2020 following the murder of George Floyd, The Social Justice Alliance of Cass County has officially launched its website, socialjusticecass.org, with the intent of furthering its mission to elevate social justice issues, promote action to address injustice, change cultural perspectives on race and remove barriers of discrimination through democratic processes.

“When they had the George Floyd Incident, I woke up with the idea that we need to do some things in Cass County,” said SJACC president and chair of the Cass County Board of Commissioners Skip Dyes. “Not that it’s gone to a bad place, but we need to look into some things happening in our own area. … Basically [SJACC] was designed to make people aware of the plight of people of color in Cass County.”

SJACC board member Della Bundle said when the group had its initial meeting, people were asked to share their personal stories discrimination in Cass County, and there were several.

“Many people don’t think there are issues here, but there are,” said Bundle, whose ancestors were among the first Black families to settle in Covert, Michigan.

Dyes, whose family moved to Cass County in the 1940s during the Great Migration, said the group is looking to open a dialog on race in the community, with a solution-based mindset.

“We’re not out here as a radical group,” Dyes said. “We’re just at a point where we need to do some acknowledgement and some forgiveness and understanding and move forward. That’s what we’re trying to do with SJACC.”

Before we can forgive, Dyes said, the community must remember and talk about what it is which needs to be forgiven – perhaps through a discussion of Critical Race Theory. Before that conversation can happen, however, Dyes said all parties must find some common ground.

In 1968, when Dyes was 15 years old, civil rights leader Martin Luther King Jr. and Sen. Robert F. Kennedy – a proponent of ending racial discrimination – were both assassinated in a two-month span.

“We just thought that it couldn’t get any worse than that,” Dyes said. “The marginalization at that time – we didn’t have a voice yet. Now, we have a voice, but the issue with our voice is we have to make sure people listen to us.”

Dyes said the first step in having a difficult conversation about race is finding something else to talk about first. As a former farmer who maintains an enthusiasm for tractors, Dyes said he can connect with people outside of his race on that particular subject.

“I interact with a lot of guys who don’t understand the situation of race … we’ll be sitting there talking about tires and tractors and all of a sudden, they’ll ask ‘well, how did you get here?’” Dyes said. “And then I will explain how I got there and then they realize, ‘oh, were humans. We’re exactly alike.’”

The SJIAA intends to use this tactic during all conversations about race, including at community meetings, which are currently hosted via Zoom at 2 p.m. on the second Tuesday of every month.

“If you want to talk to somebody about white supremacy, that’s not a subject you can talk about right away,” Dyes said. “But when we get done talking, we’re going to forgive and move forward. That gives you some credibility. … If you feel like you can say something and not be ridiculed for what you say.”

When Dyes attends the Mackinac Bridge Crossing with his tractor, he said he is usually one of the only African-American people there, and he meets a lot of people who don’t understand issues of race. The only way to help them learn, he said, is to overcome the fear of a difficult conversation.

“When I get off my tractor up there and a guy comes up to me and I smile and start talking to him, I can tell sometimes that it just takes him away from where he was at,” Dyes said. “We’ve preached fear for so long, it’s been a part of our dialect. SJACC is trying to make sure that those barriers, you can kind of move them out the way. If you don’t talk to me, you’ll never know me.”

As an example of a difficult subject to talk about, Dyes brought up the hot-button issue of Critical Race Theory – an academic and legal framework based on the idea that systemic racism is an inherent part of American society, and permeates every institution from education to healthcare.

As support for teaching CRT in schools has grown in recent years, so has opposition to the idea of teaching racial issues in the classroom. In May 2021, a bill to ban critical race theory was introduced in the Michigan Senate, but has not advanced.

At a Michigan Board of Education meeting in August 2021, State Superintendent Michael Rice said while some teachers may be informed by CRT, it is not being taught to children as part of a curriculum. He did, however, say children need to be taught the complexities of U.S. history.

“Race and racism may be inconvenient for some, uncomfortable for others, and searing for still others,” Rice said. “But, because they are inextricably a part of our history, they must be taught.”

Dyes agrees, saying when he was growing up, he felt ashamed when the teachers talked about slavery, because they didn’t tell the whole story. As a result, he believes CRT should be taught in Cass County.

“You could say it is going to make some kids feel uneasy,” he said. “But if we ignore it, is it going to get better? Is it better if a kid grows up and doesn’t understand what Reconstruction was? Do we teach kids how to deal with things that aren’t great?”

Bundle, on the topic of CRT, said “knowledge is power.”

“When you know, it doesn’t necessarily mean that you have to agree or subscribe to the theory,” she said. “But facts are facts, and I think facts should be taught in a more equitable way than they ever have. … There’s a whole misinformation, disinformation piece about Critical Race Theory. There’s not going to be an elective course in Cass County schools called ‘Critical Race Theory.’”

While such a course does not exist, Bundle said she is not opposed to the idea, and it should be used as a conversation starter in homes.

“Your kids take that information home and then you sit down with them and go, ‘how does that make you feel? Do you think that’s true? Does it make you sad? So that’s a table conversation,” Bundle said. “I think [CRT] is coming, and we’ve got to get ready for it.”

While Dyes said he is not angry, Bundle said she is – but the goal is still to use that anger to seek progress.

“There’s a certain kind of anger that comes out of the knowledge that something is wrong,” she said. “I think we need to be tuned in to that. We are angry because there are injustices, there are inequities. … Our logo has underneath it the words action, change and justice. Sometimes action is motivated out of anger, out of hurt, out of sadness, out of brokenness. It just becomes how can we work out that anger in a constructive way that is moving us toward the goal of change.”

Bundle and Dyes both stressed that they don’t want to be seen as an organization that only cares about Black issues.

“We are still focused on making sure people of color get a fair chance in Cass County, but we found out that if we just concentrate on this, people don’t see us as well,” Dyes said. “People won’t identify with you if they feel you are a black organization. … So, we’re moving that barrier out of the way.”

Some of SJACC’s accomplishments to this point include working with the health department to get people with health issues in for COVID-19 vaccination, partnering with Domestic and Sexual Abuse Services to organize the Backpack Buddies Project and assisting with review of the Community Health Needs Assessment for Ascension Borgess-Lee Hospital. Organizers have also begun the process to obtain 501(c)(3) nonprofit status.

“If we are going to get equity for people of color, Black people, Native Americans, we have to have people on the inside to help get us there sometimes,” Dyes said. “What we’re doing is different than everyone else, because we want to include everyone else. We’re going to talk about some things that may be uncomfortable, but the end result will be forgiveness, and knowing that we will be able to get a lot of people inside the circle.”