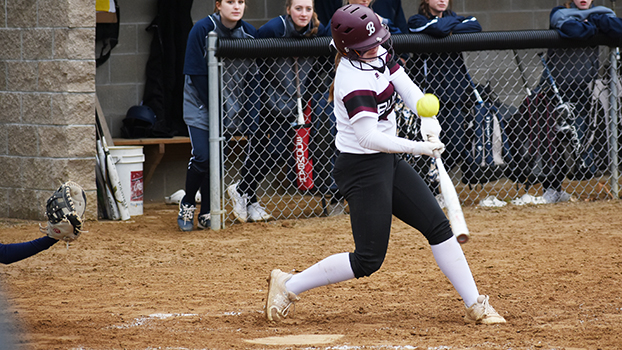 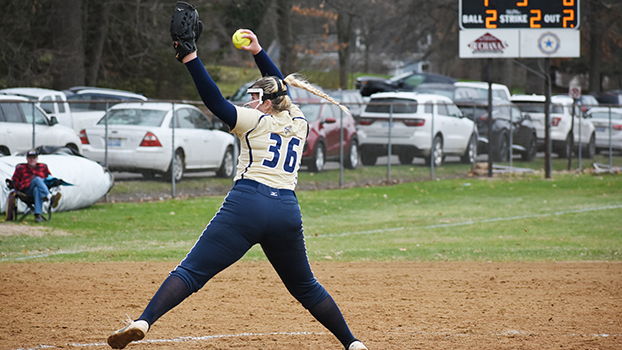 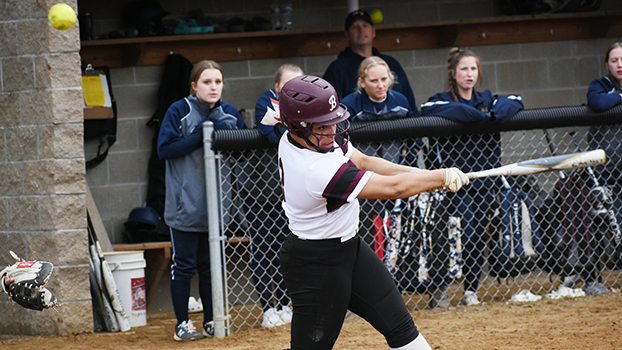 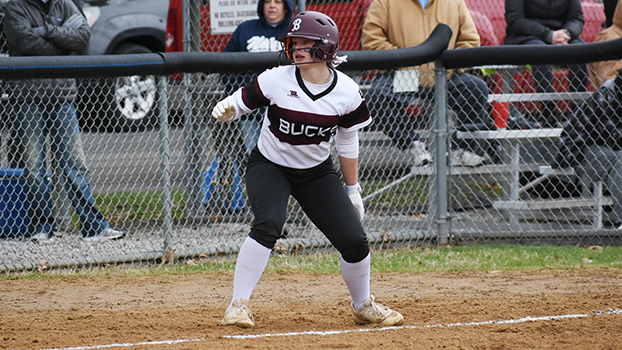 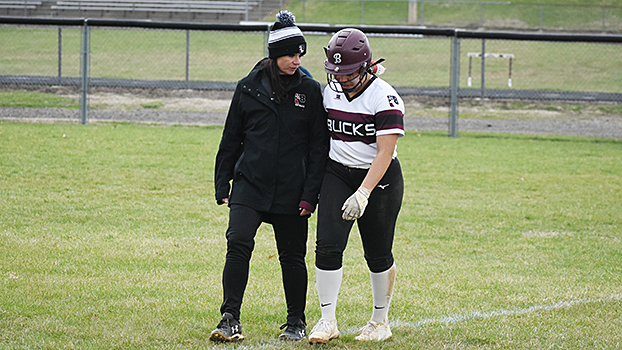 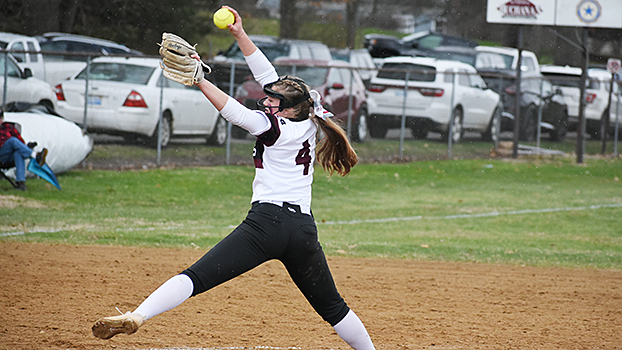 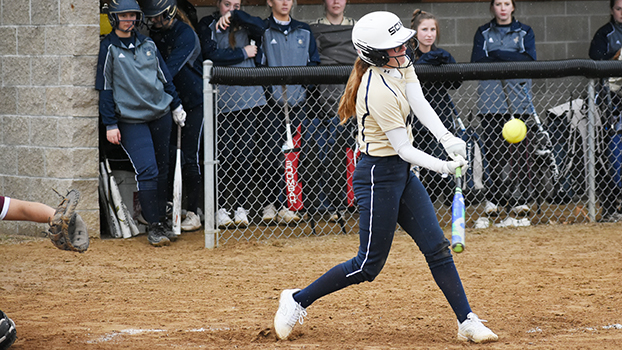 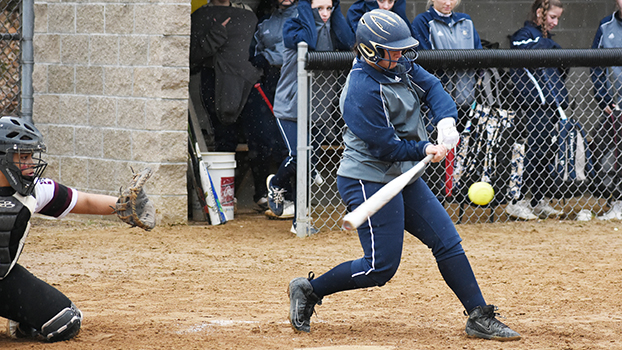 The Tompkins home run helped the Bucks rally from a 4-0 first-inning deficit to pick a 7-4 victory in the opening game of the non-conference softball doubleheader. Buchanan scored five runs in the first inning of the nightcap and then held on for an 8-7 win over the Vikings.

After giving up the four runs in the opening inning, Buchanan pitcher Camille Lozmack settled down and shut out the Vikings (0-2) over the final seven innings.

Buchanan (3-0) began its comeback with a pair of runs in the fifth inning and another in the sixth to set up the last inning dramatics.

Hallee Kara singled to score Herman with the tying run. Kara advanced to second on the play leaving the winning runs in scoring position. With first base open, Niles Coach Dale Myers decided to pitch to Tompkins after contemplating walking her.

“I thought about it,” he said. “I probably should have, but I decided to pitch to her, and one pitch later, she won the game.”

Tompkins hit the first pitch from Niles’ Mya Syson over the center field fence for the game-winner.

Buchanan Coach Rachel Carlson liked the way her team responded to the adversity it faced.

“I think it’s great for us to be put in challenging positions and fight for wins,” she said. “I was proud of our gritty toughness tonight. We came up with big hits and big plays when we had to. Niles played us tough and have some talent.”

The Bucks scored eight runs on seven hits. Tompkins finished with two of them, as did Lozmack. The pair combined to drive in five runs.

Niles was led by Ashlynn Wilken and Haylea Wilken, both of whom finished with two hits, including a double and an RBI. Syson struck out six in the circle for the Vikings.

In the nightcap, Buchanan exploded for five runs in the first inning and then held off a late Niles rally for the win.

After sending the Vikings down in order to open the nightcap, a single by Fisher and back-to-back doubles by Kara and Tompkins gave the Bucks a 2-0 lead before a three-run home run from Sage Pruett made it 5-0.

Niles chipped away at the Buchanan lead, scoring three runs in the third and fifth innings to make it 8-6, heading to the top of the seventh. The Vikings got a run in the final inning, but could not come up with the tying or winning run.

“We got off to a good start the Buchanan pitch kind of shut us down those last six innings,” Myers said. “Defensively, we had some bad moments. We let a couple of little things get away, especially with two outs.”

Niles finished with 16 hits in the nightcap, led by Emerson Garrard, who was 4-for-4. Haylea Wilkens was 3-for-4 with a pair of doubles, while Chloe Hargreaves, Syson and Kayla Kiggins all had two hits. Syson tripled and Hargreaves doubled for Niles.

Haylea Wilkens allowed eight runs on seven hits with a pair of strikeouts.

Buchanan had eight hits, led by Pruett who finished the game 2-for-3 with a double, home run and four RBIs. Herman homered for the Bucks.

Despite finishing the doubleheader with 15 hits, Carlson said there is work to be done at the plate.

“We have to get better at the plate when we are down in the count,” she said. “We have to be more selective and start hitting the pitches we want.”

Buchanan returns to action Monday when it hosts Watervliet in a non-conference doubleheader. Niles will take on Edwardsburg next Friday in its Wolverine Conference opener.