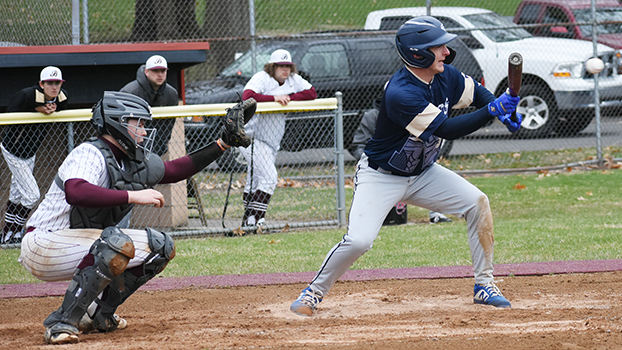 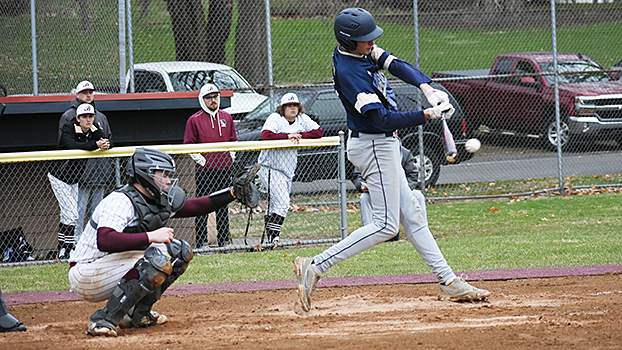 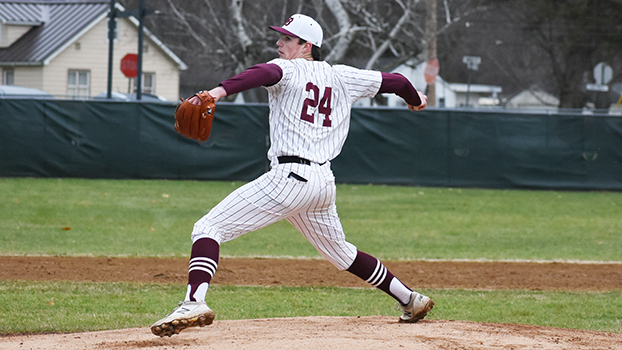 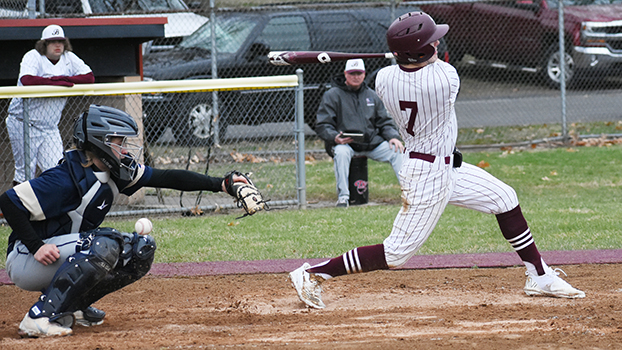 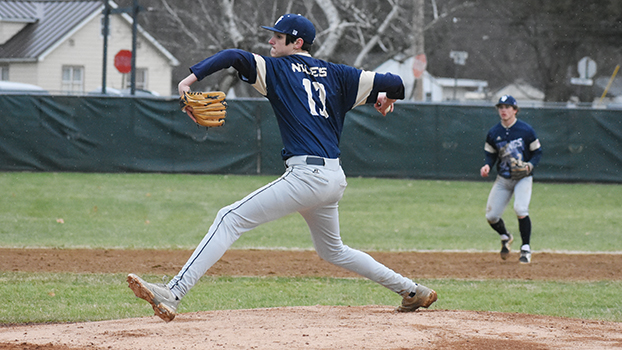 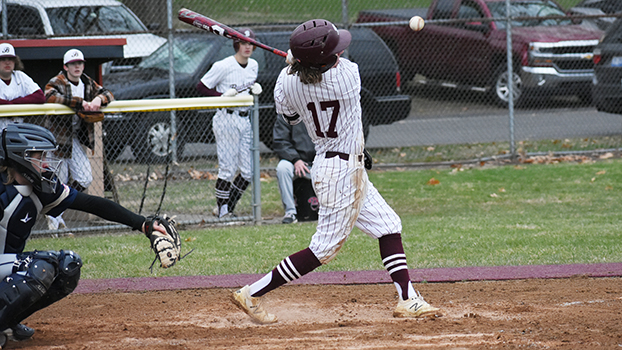 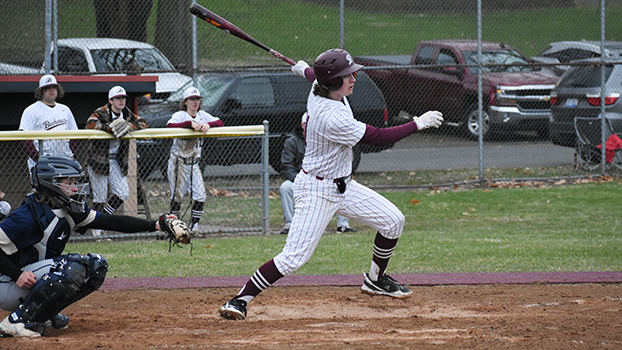 The Bucks (2-0) rallied to take a 3-2 lead in the bottom of the third inning of the second non-league baseball game when it was called due to weather.

After giving up a run to the visiting Vikings in the top of the first, Buchanan responded with two runs in the bottom of the opening inning and then scored four times in the second to take control of the contest.

The Bucks would add two runs in the third and three runs in the sixth to end the game an inning early.

Buchanan Coach Jim Brawley got exactly what he expected out of Hoover and the Bucks’ offense.

“Matthew is very, very good,” he said. “When you take batting practice, you know we have been inside a lot, and Matthew and Macoy [West} have got to through their bullpen, and you see those two guys, you are bound to get better. And Drew Glavin. There is another kid who threw the other day against River Valley. So, there are three guys that anytime hitters getting to the cage against them are going to be challenged.”

Brawley said he has been pleased with his team’s poise against its first two opponents.

“We have been behind in every game and didn’t panic,” he said. “We were able to come back. When teams make a mistake against us, either a walk or an error, we are able to make them pay. We are getting some pretty decent production, even at the bottom of our lineup.”

Buchanan finished the opener with eight hits, including three from Murphy Wegner, who doubled twice and drove in two runs. Hoover also had three hits and drove in four runs.

“I don’t even know how many RBIs Matthew has already,” Brawley said. “He is just hitting every ball hard.”

Niles (0-1) got its lone hit from Drew Racht, who also suffered the loss as the Vikings’ starting pitcher.

Despite the lopsided loss, veteran Niles Coach Mike Vota saw some good things from his team in its first live competition of the season.

“We are a young team,” he said. “We need to gain experience and get our feet under us. It was good to see a good team with very good pitching right out of the gate because it lets us know where we are. I was happy with the way our guys competed. That is all we can ask for right now.”

Niles took a 2-0 lead in the second inning of the nightcap as Talon Brawley and Carson Rachels both drove in a run.

The Bucks rallied in the bottom of the third for three runs before the rain and darkness forced the game to be stopped.

Hoover had a two-run single in the third to help Buchanan rally to take the lead. The Bucks also got doubles from Nick Finn and Macoy West in the second game.

The Bucks are back on the diamond Wednesday when they host Centreville in a non-league doubleheader. Niles was supposed to host Berrien Springs Saturday, but those games have been canceled due to the potential for snow.

The Vikings will be back in action, weather permitting, Monday when they host Mishawaka Marian in a non-conference contest.