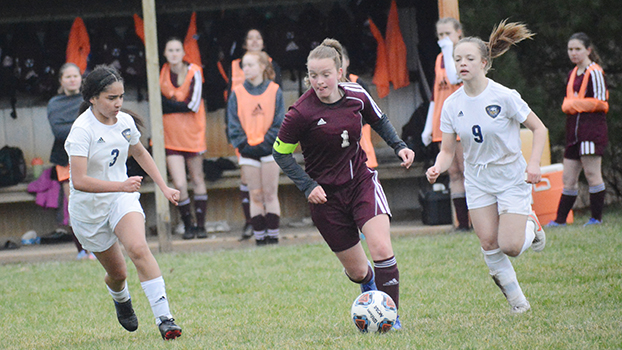 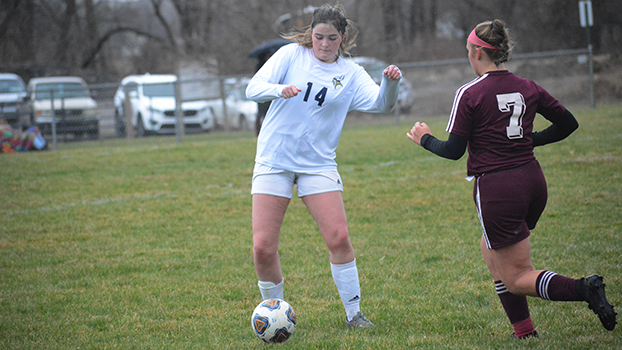 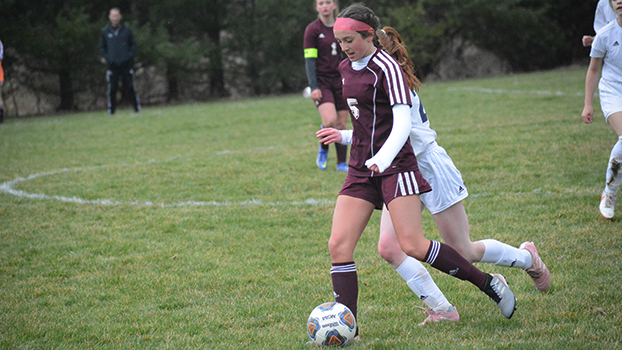 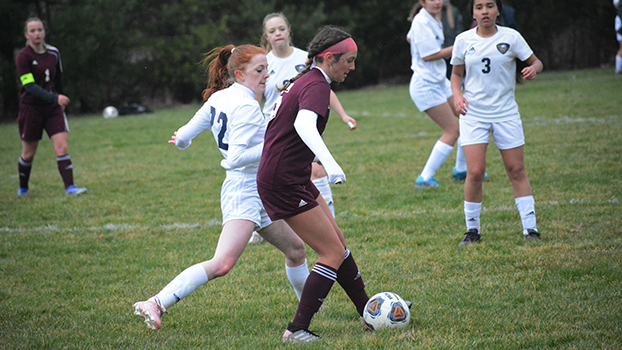 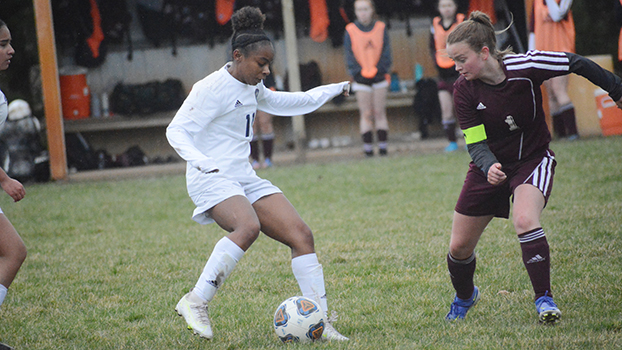 The host Bucks scored two goals in the final five minutes and withstood a late Vikings rally to earn a 4-3 victory in cold, rainy conditions.

“It’s our first game of the season. We have a whole new team from last year,” said Buchanan coach Russ Philip. “We’ve got 22 kids, a lot of new young players. So to get this win at home, it’s a big lift. We have a game tomorrow against Coloma, so this is a good building block.”

Jillian McKean had two goals for the Bucks and Hailey Jonatzke and Evyn Pruett scored one goal apiece. Niles senior Kamryn Patterson tallied three goals to pick up a hat trick for the Vikings.

Tied 2-2 with four minutes remaining in the game, a Pruett put-back goal gave the Bucks a 3-2 lead. Less than one minute later, a Patterson pass attempt was picked off and sent to McKean, who scored on a breakaway to seal the win for the Bucks, who led 1-0 at halftime.

Patterson scored her third and final goal with just over one minute remaining to make it a 4-3 game, but the Bucks were able to run out the clock.

The loss brings the Vikings’ record to 0-2 on the season, but Niles Head Coach Abel Fonseca saw significant improvements over Tuesday’s 12-0 season-opening loss to Loy Norrix

“We looked a lot better today,” he said. “We’re still young. They still have to learn and understand the game a little bit better, but I mean, overall we’re heading in the right direction, so I’m very impressed and even though the outcome wasn’t the way we wanted it.”

Phillip said he spoke with his team at halftime about finding ways to stop Patterson.

“We needed to shut her down and we did just barely enough,” he said. “She got her three, but that was it. We were looking to switch fields more often, which gave us a lot of opportunities.”

Niles hopes to earn its first win of the season against Cadillac Saturday morning in the Marshall Sportsfest at Marshall High School. Buchanan does not have much time to celebrate its season-opening win as it prepares to face Coloma Friday night.

“We don’t have a practice session where we can make adjustments,” he said. “We’re just going to build on what we did tonight and try to focus on the little things. I preach that a lot at practice. What makes the biggest difference in a game is the little things and just to be patient and make less mistakes than the other team. Let them make the mistakes, then take advantage.”