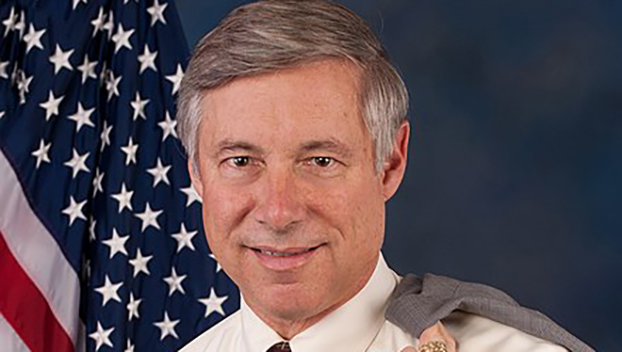 WASHINGTON, D.C.  – Longtime U.S. Rep. Fred Upton, R-St. Joseph, has announced he will not seek another term in the U.S. Congress.

In remarks on the floor of the House of Representatives, Upton praised the “salt of the earth” people he has been “blessed beyond measure” to represent. He cited several career highlights, including bipartisan passage of the 21st Century Cures Act to speed up cures and treatments for many devastating diseases. One important effect of this legislation was to pave the way for faster vaccine approval, including, as Upton noted, the first Pfizer vaccine produced in Kalamazoo.

“It seems like just yesterday when a number of community leaders encouraged me to run for Congress. Against all odds, we ended up winning a hotly contested GOP primary and the journey began,” Upton said in his remarks. “Throughout my career I have leaned on lessons from my Reagan White House days where my boss and mentor was Ken Duberstein, who later was his Chief of Staff.”

Upton was first elected congressman in the 1986 election, when he defeated Mark Siljander, who had ousted Upton’s mentor, U.S. Rep. David Stockman.Upton has held the position for the entire 35 years since he was fist elected.

“Even the best of stories has a last chapter. This is it for me,” Upton said. “I’ve done the zillions of airline miles back and forth, have signed ‘Fred’ to over a million letters, cast more votes than anyone in this Chamber while here, and by most accounts have succeeded in making a difference accomplishing what I have set out to do with more unfinished work still yet to come. Arthur Brooks recently wrote about the threee traits most important in life: honesty, compassion, and faith. I’d like to think those same yardsticks were passed along to me by my parents watching now on C-SPAN.”