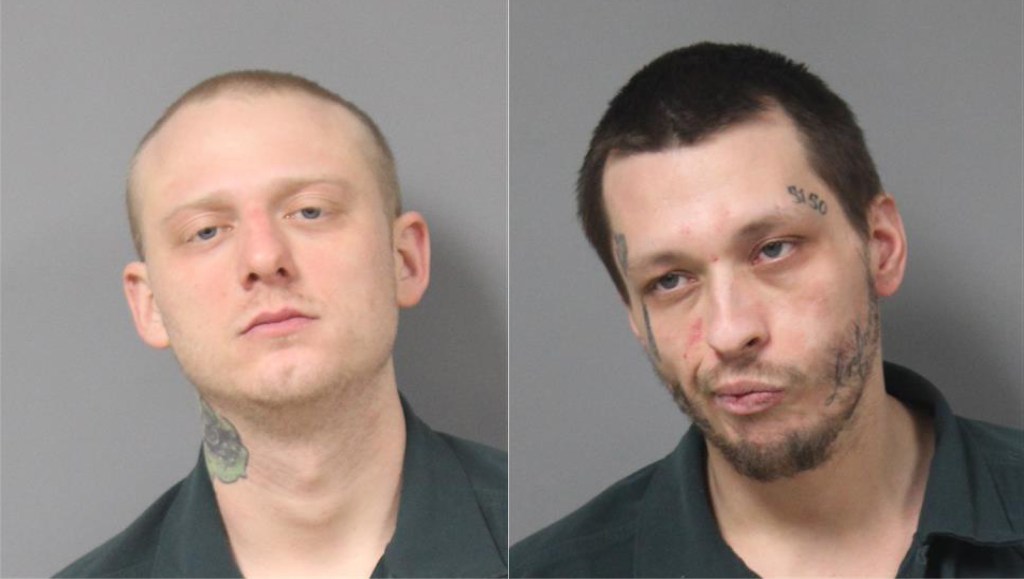 Dustin Zachary Hartline, 28, of South Bend, pleaded guilty to possession of a firearm by a felon and possession of a stolen vehicle and was sentenced to two concurrent prison terms of 22 months to five years. He has credit for 60 days served and must pay $298 in fines, costs and restitution.

The incident occurred Feb. 10 in Niles. This incident involved the theft of a car and being found with a weapon after being chased by police. He also faces state and federal charges in Indiana.

Hartline’s co-defendant received a shorter prison term for his role in the incident.

James Howard Nichols, 32, of Niles, pleaded guilty to possession of ammunition by a felon and was sentenced to 12 months to five years in prison with credit for 54 days served. He must pay $198 in fines and costs.

“I take full responsibility. I’m doing my best to be a better person but I’m still suffering from the poor choices I made,” Nichols said. “I’m the one who put the bullets in my pocket. I’m not proud to be here today. I wish I could go back in time and take back what I did.”

“You haven’t taken advantage of the opportunities given,” he added. “I’m looking at the big picture. You don’t comply with the supervisory rules you’re given. I cannot have convicted felons with a history of violence out on the streets with dangerous weapons.”