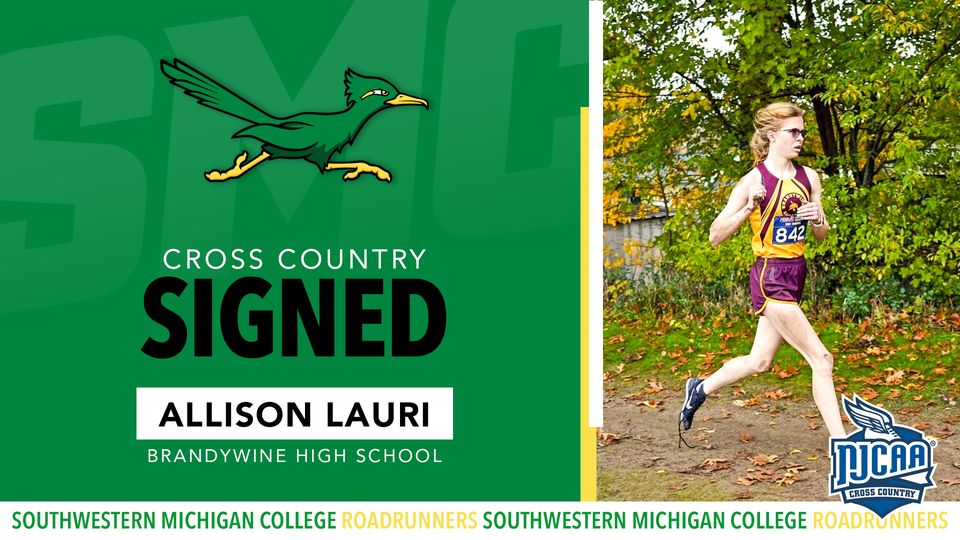 Lauri signed a National Junior College Letter of Intent to run cross country for the Roadrunners.

“I’m really excited to have Allison join our team,” said SMC Head Coach Zac Sartori. “She shows a lot of promise, and I’m confident she’s going to make an impact on our team early in the season.”

Lauri ran both cross country and track for the Bobcats.

This past year she qualified for the Division 3 state cross country championship by overcoming adversity at the regional level. She finished 15th at the regional at Portage to advance to the finals.

“Allison has been one of our top girls over the last four years,” said Brandywine Coach Terry Borr. “She has consistently improved during that time, and I see even more improvement as she continues her career in college. The most memorable performance for Allison is what she accomplished at this year’s regional. After falling in the first quarter-mile and coming through at about 26th at the mile mark. I’m like yelling at her, Allison, you have got to get going. I couldn’t tell what was wrong. And then I saw her coming through the woods there at Portage, and she was all scrapped up, so I knew she had fell.

“By the time she came back around at about the mile and a half mark, she had moved quite a bit up. With about a half-mile to go, she was 17th. She caught two girls in the last half-mile. She pushed herself to reach the goal of qualifying for the state meet. That shows what she is made of.”

At the Division 3 track regional, Lauri finished fourth in the 3,200-meters.