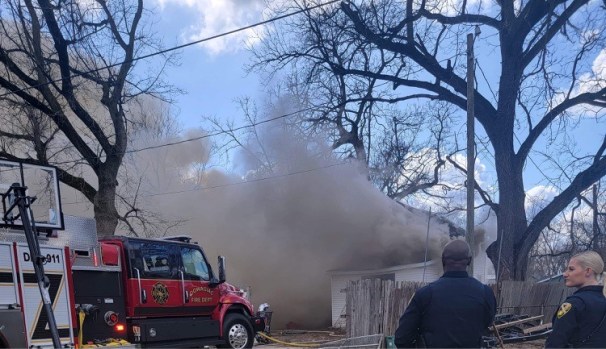 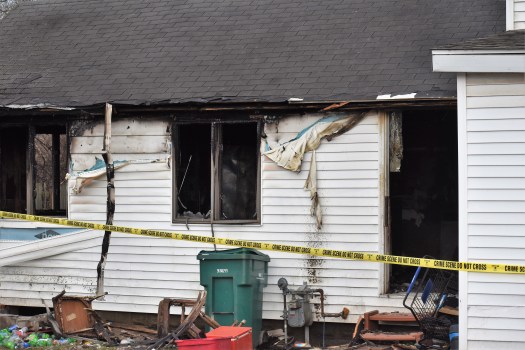 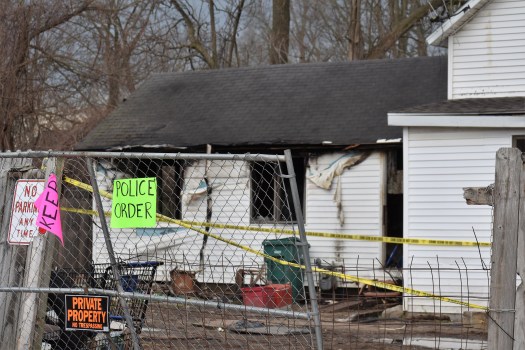 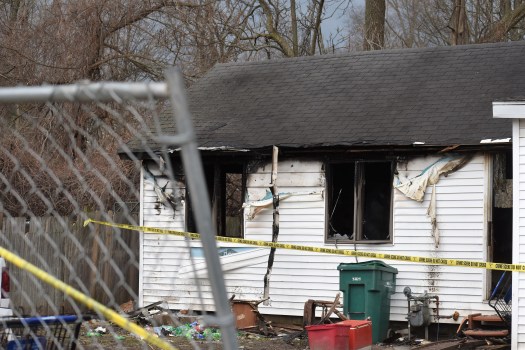 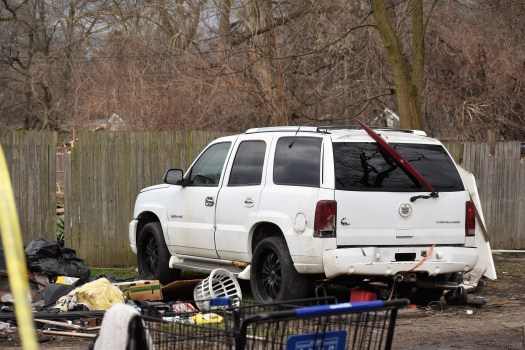 DOWAGIAC – A local house known for its drug activity has gone up in smoke.

At approximately 4:02 p.m. Sunday evening, the Dowagiac Fire Department was dispatched to a reported structure fire at 509 ½ N. Front St., Dowagiac. The house, which was declared a federal drug lab in 2015 and has seen multiple methamphetamine arrests in the past two years, was completely engulfed in smoke due to a heavy fire on the first floor, according to authorities.

“An off-duty lieutenant arrived first on the scene and confirmed a working structure fire with heavy fire on the first floor and heavy smoke conditions throughout the entire structure,” said a report prepared by Dowagiac Deputy Fire Chief Anthony Stewart. “Due to the potential of exposure, command requested additional manpower from the Indian Lake Fire Dept.”

Dowagiac’s Fire engine arrived on scene at 4:05 p.m., and after crews contained the spread of the fire, it was determined the house was unoccupied at the time of the fire. No injuries were reported.

“Fire crews were able to contain the flame damage to the floor and room of origin with moderate smoke damage throughout the second story,” the report said. “Fire crews believe the fire originated in the kitchen area on the first floor of the structure.”

The owner of the house, 41-year-old Steven Richard Wood, is currently incarcerated and awaiting sentencing after a Feb. 8 raid of his home by the Cass County Drug Enforcement team. He was charged with delivery/manufacture of methamphetamine, possession of methamphetamine and maintaining a drug house. Previously, Wood was sentenced to jail for meth-related crimes in Cass County in 2013, 2015 and 2019. The 2015 incident included charges of operating a laboratory involving meth and maintaining a drug house.

“It is unknown at this time if [the fire] has anything to do with previous activities there,” Dowagiac Police Chief Steve Grinnewald said. “There hasn’t been anyone at the residence, other than a couple of people stopping by, since he’s been in jail.”

The house sits less than a mile from Dowagiac Union High School, and several families with children live on the adjacent lots.

As part of an auto aid agreement, the Wayne Township Fire Department was also dispatched to the scene for an engine response. Dowagiac, Wayne and Indian Lake Fire Departments remained on scene for salvage, overhaul and investigative operations until approximately 5:30 p.m. Sunday.

Also responding to the fire were Pride Care Ambulance Service and Semco Energy.