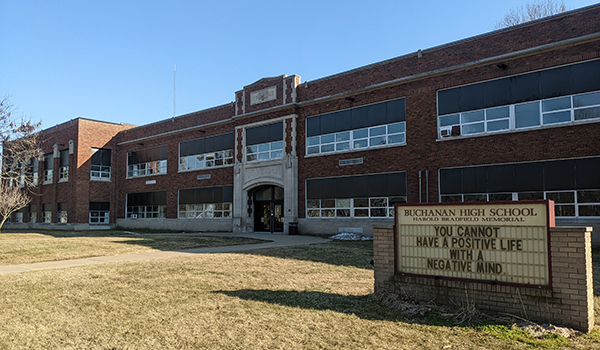 NILES — A government official is giving a local high school recognition for showcasing its school spirit.

In second place was Niles High School, with a total vote count of 199. Buchanan’s winning score was 316. LaSata hosts the tournament every spring to let high schools in her district compete to show who has the most school atmosphere.

“Hats off to the Bucks for their win this year,” said LaSata, R-Niles. “I’d also like to congratulate the rival Vikings for putting up good numbers and making it a great competition. It’s great to see these communities come out to support students and display their school spirit.”

On Facebook, each round matchup featured a graphic of the competing schools’ mascots. To vote, participants “reacted” to the original posted graphic with a “Haha” to vote for one school or a “Wow” to vote for the other. Each graphic indicated the required method to use for each school.

On LaSata’s website, a new poll was posted every week, which allowed participants to select their favorite school in each round’s matchups.