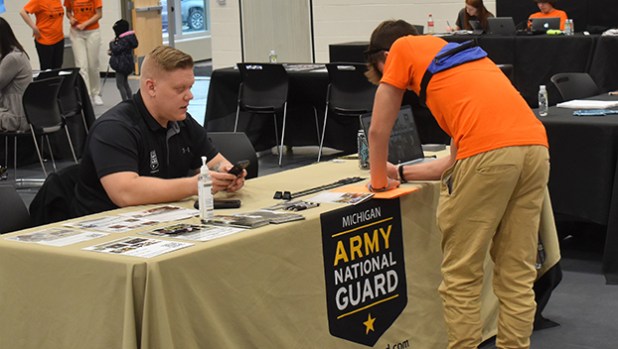 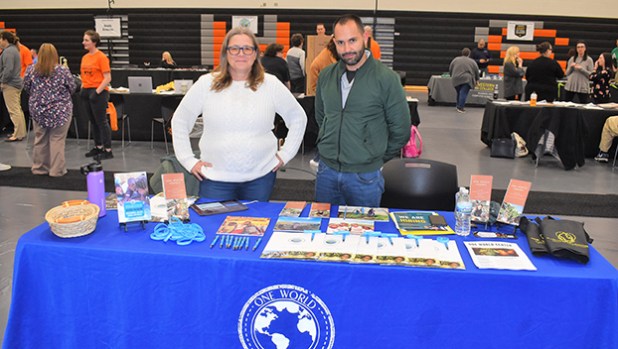 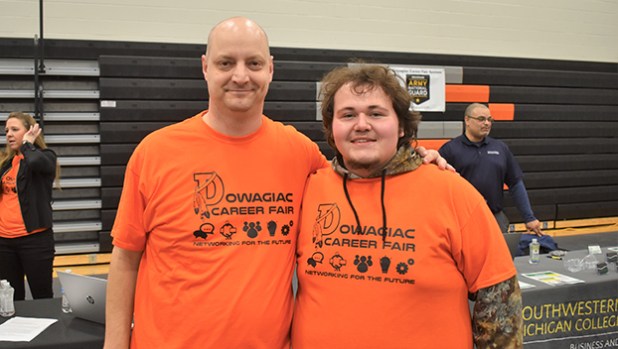 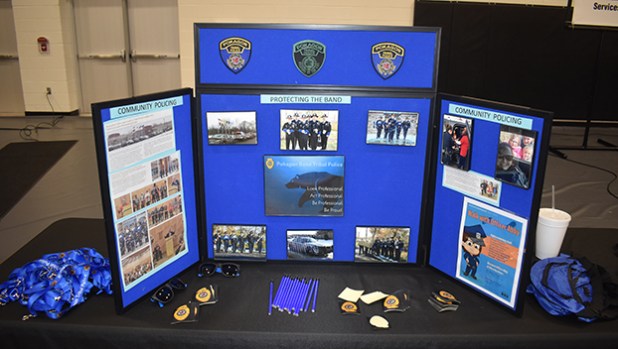 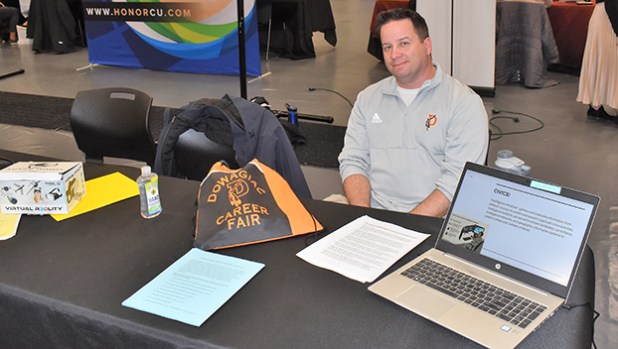 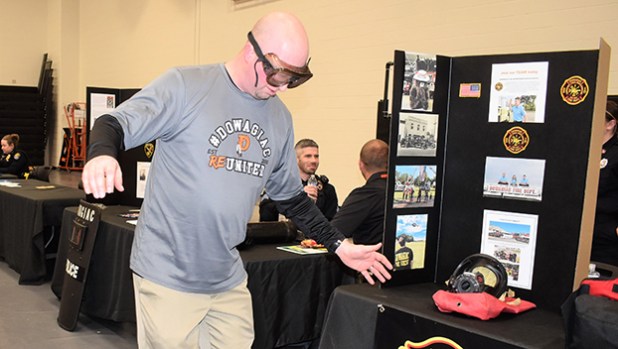 DOWAGIAC — From walking a straight line with beer goggles to signing up for one of the armed services, one local school was buzzing with career opportunities this week.

After originally planning the event for 2020, Dowagiac Union High School finally hosted its first career fair on Wednesday in the high school gymnasium. DUHS students – as well as members of the public – learned about possible career paths from leaders of local businesses, colleges, trade unions and more.

DUHS Interim Principal Bryan Sperling said the event was a success for students, and highlights included the Dowagiac Police Department drunk goggles, as well as a virtual reality headset at a school-hosted Arts and Communications table. Most importantly, Sperling said, the fair provided students a valuable resource for after graduation.

“Not every kid is going to college,” Sperling said. “At the end of the day, we had a kid sign up for the Navy. It’s not like they got recruited just here, but seeing that, it’s great.”

Fair organizer Mike Williams, who also teaches at DUHS and coordinates the school’s Work Based Learning program, also said he was pleased with how the event unfolded and is looking forward to improving the event for the future.

“The students were engaged, they were active – so it was everything we were hoping for in regard to that,” Williams said. “Anytime you are doing something for the first time, you are looking for ways to make it better and expand on it. … It went well, but we want to get the community more involved.”

Dowagiac senior Zach Canniff, who is enrolled in the Work Based Learning program and works 29 hours a week after school at Division Tire & Battery, said he enjoyed exploring the options at the fair, including the Dowagiac Fire Department and the welding program at Southwestern Michigan College.

“I love welding, I would like to go and do that as a career,” said Canniff, adding Jeremy Tilly. “I’m a hands-on worker. I mean, I’ll read a book, but do I really want to? No.”

Canniff said he also has an offer to study diesel technology at a school in South Bend, so he may do that. He also said he loves working for Division Tire.

“They’re really good people there,” Canniff said. “I would work there any day of the week.”

For a hands-on worker like Canniff, the Work Based Learning program has been a boon. He has four hours of class, then heads to work for five hours.

“I love it because I like money,” he said. “My family didn’t just say ‘here’s a car,’ I had to go out and buy my own. I’ve had to work for everything. I appreciate my parents for that, too.”