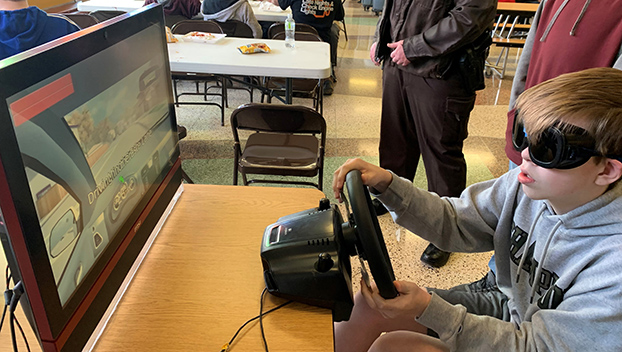 NILES — Sixty-percent of accidental deaths of individuals ages 16 to 20 are the result of an automobile accident, according to the Michigan Department of Health and Human Service. In 2016, 16 percent of teens involved in fatal crashes had been drinking.

To lower these numbers, the Michigan State Police has launched an initiative titled Strive for a Saver Drive, through which officers educate teens about impaired driving. Earlier this month, Brandywine High School students were presented the program and given an opportunity to drive through a driving simulator.

Currently, more teens are driving after smoking marijuana than after heavy drinking. Every day, 11 teens die from texting while driving. Teen drivers are four times more likely than adults to get into traffic crashes or near-crashes when talking on their cell phone or texting while driving.