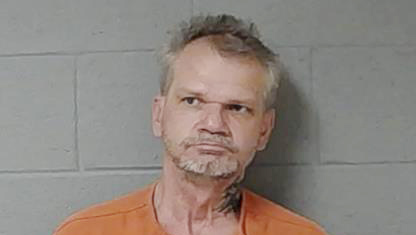 Related to a May 10, 2021 incident in Edwardsburg, he pleaded guilty to breaking and entering a building with intent to commit larceny, conspiracy to commit breaking and entering, larceny $1,000 to $20,000, conspiracy to commit larceny $1,000 to $20,000, fleeing police and drunk driving. All but the drunk driving count were as a habitual offender.

He was sentenced to three years probation, completion of the Swift and Sure and Twin County probation programs and $2,950 in fines and costs. He has no credit for time served as he is on parole.

In that incident, Eubanks and two others stole a golf cart and other items and fled from police.

“You did these offenses less than a year after being released from prison on parole,” the judge said. “You now have 13 felony convictions.”

“Your guidelines are for a minimum of nine and a half years in prison on the breaking and entering charge and a maximum of life in prison because you’re a habitual offender,” he added. “I’m amazed they agreed to let you go on Swift & Sure and that they would let you in.”

“Frankly, you could die in prison. I hope you appreciate that this is your last opportunity for redemption,” the judge said.  “You have to change everything about the way you think.”