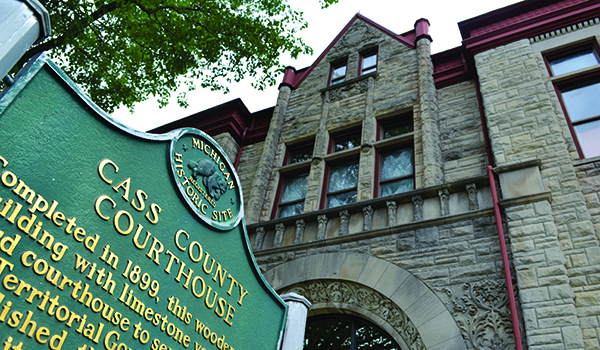 CASSOPOLIS — As county officials seek to implement new retirement plans for the county’s union employees, one union has negotiated for its members to retain their previous pension plans.

Employees under the contracts – which run through Dec. 31, 2026 – will continue to receive the Municipal Employees’ Retirement System Defined Benefit Plan, under certain conditions.

“They kept [the plan], but you have a trigger event,” said Cass County Administrator Jeff Carmen. “When the county’s costs escalate, it trips a series of actions. The county has been interested in controlling and limiting its [risk] exposure.”

Previous contracts negotiated with the county by the Fraternal Order of Police Labor Council and Command Officers Association of Michigan have already switched to the defined contribution plan – a move which caused backlash from at least one county employee.

According to the contracts approved Mar. 17, the county will continue to pay the amount recommended by MERS’ yearly actuarial reports, with a stipulation that the plan will freeze should the report show the county’s contribution exceeds 13 percent and members of the CCEIA vote against offsetting the increase with their own contribution, which is currently 5 percent. Should the county not receive notification of such a vote, their DB pension plan will freeze on Sept. 30 of that year and a new, defined contribution plan will take hold on Oct. 1.

In this scenario, according to Carmen, the previous plan will still continue to deliver its promised contributions to employees who have been a part of the defined benefit plan.

According to the U.S. Department of Labor, a defined benefit plan promises a specified monthly benefit at retirement. A defined contribution plan, on the other hand, does not promise specific benefits at retirement. In these plans, the employee or the employer (or both) contribute to the employee’s individual investment account under the plan – such as a 401(k).

Among the reasons for the county moving toward the defined contribution pension plans is a significant and dramatic increase in unfunded liability, according to Carmen. Unfunded liability is the difference between the estimated cost of future benefits and the assets that have been set aside to pay for those benefits, according to MERS. According to the Michigan Department of Treasury, Cass County had more than $10 million in unfunded pension liability in 2020.

According to Carmen, despite implementing a state-authorized formula two years ago designed to eliminate the deficit in 20 years, the county’s unfunded liability has increased during that time.

“Even when the county has contributed what we’re told to contribute, the debt keeps rising,” he said, in September 2021. “By adjusting how we fund and what the long-term implications are, we can actually reduce that debt burden. By reducing that debt burden, we end up with more money to enrich benefits. We are actively working to manage that debt and provide much more flexibility for employees and the options that they have to choose for retirement.”

Following last week’s meeting, Carmen said the county had engaged in a series of studies with MERS to figure out how to guarantee the highest level of benefits and control to its employees, and decided to pursue the defined contribution pension plan.

“We can’t have solid finances and continue to have the largest debt increasing,” said Carmen, of the unfunded liability. “The most cost-saving option was to close the pension and just begin something else. That would have saved us millions of dollars, but our evaluation was that it was too much of a burden to place on our employees … our employees are our greatest resource.”

According to Carmen, contracts with road patrol officers and sergeants are still in negotiations.