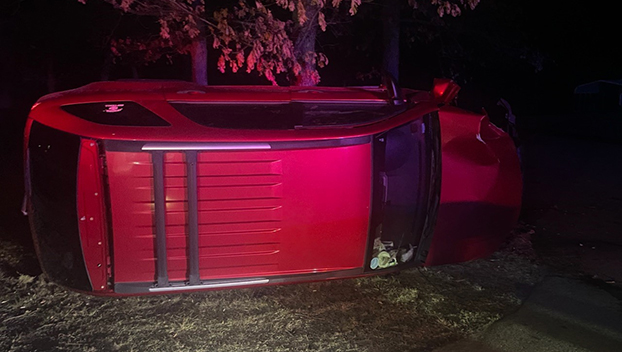 NILES — A Niles man was injured in a single-vehicle traffic accident just after midnight Tuesday, according to the Cass County Sheriff’s Office.

Deputies were dispatched to the scene at the intersection of Bell Road and US-12 in Milton Township at 12:45 a.m. Tuesday, where they found a 2005 Chevy Equinox on its side.

Nicholas Monday, 21, of Niles, was traveling east on US-12 when he lost control and hit a tree, which caused the vehicle to roll on its side.

Monday was the only occupant in the vehicle.

He was taken to Spectrum Health Lakeland in Niles for treatment of minor injuries.