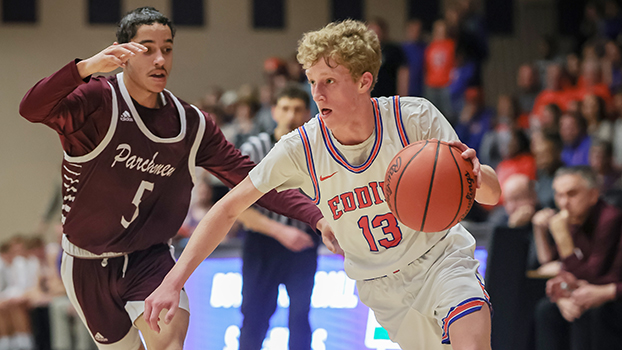 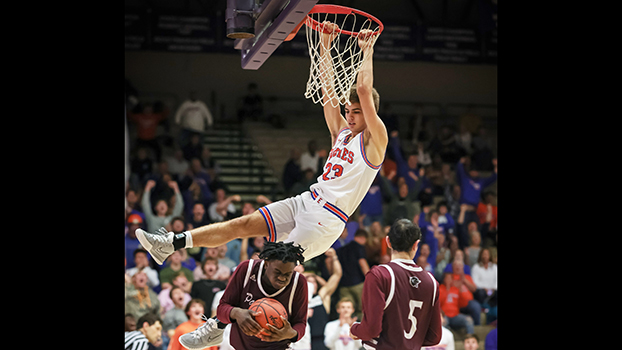 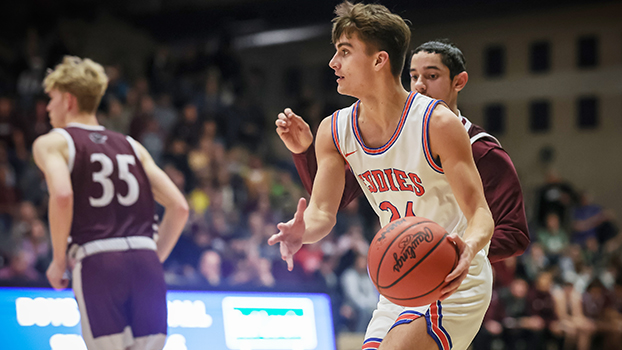 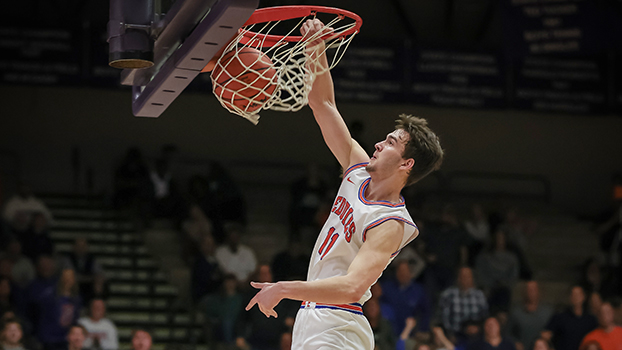 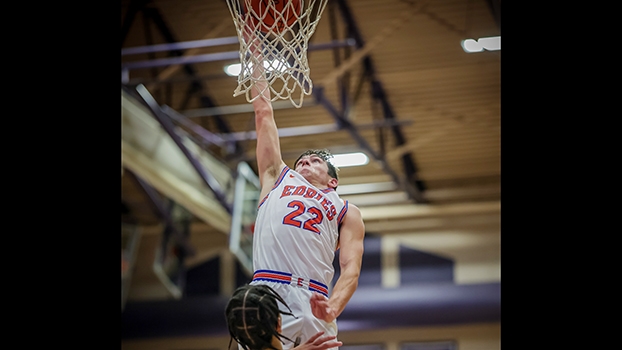 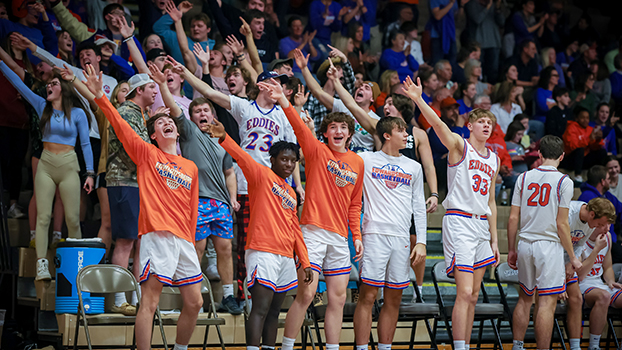 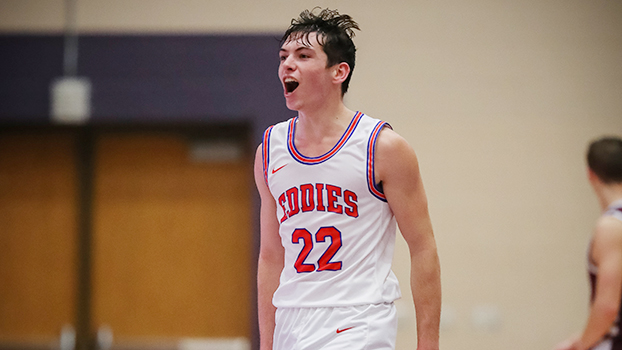 The Eddies entered the Division 2 state tournament having lost three of its final four regular-season games, including the Wolverine Conference championship game.

The loss to the Bulldogs ignited a fire under Edwardsburg heading into the postseason.

Edwardsburg Coach Steve Wright’s team refocused, survived a last-second shot by Niles in the district semifinals, and then blew out Vicksburg for its first championship since 2015.

The Eddies remained on a roll Monday night as it opened up the Division 2 Regional at Three Rivers High School with a 65-55 win over a 21-2 Parchment team.

Edwardsburg, which likes to play man-to-man defense, switched to a zone against the Panthers and it paid off. Wright had his team switch to a zone in the second half, which ignited the Eddies (16-7), who outscored Parchment 38-28 in the final 16 minutes to win only their second regional game in school history.

“Collectively, we did what was necessary to win,” Wright said. “Tempo, defense, and rebounding were keys. I thought the guys did a tremendous job executing the plan.”

Parchment led early, 19-16, as it knocked down several 3-pointers. Edwardsburg did a better job of shutting off the perimeter shooting, while Jake Moore, Jacob Pegura and Luke Stowasser started to heat up at the offensive end.

The game headed to the locker room at halftime deadlocked at 27-27.

Through the first three quarters, there were seven ties and eight lead changes. That ended when Pegura scored eight consecutive points between the end of the third and the start of the fourth quarter. He gave the Eddies a 48-40 lead it would never relinquish. He finished with a game-high 23 points. Moore added 19 points and Stowasser 16.

Parchment was led by Aaron Jasiak and Tony Williams, who both finished with 21 points.

The Tigers (21-2) have knocked the Eddies out of the tournament in the regional round the previous two meetings — 2015 and 2014.

“There’s a reason they are always in the regional,” Wright said. “They are very athletic, talented and well-coached. For us, we must focus on the fundamentals and execution that got us to this point. I know the team is still hungry, so we will be ready to play on Wednesday night.”

Tipoff for the Division 2 Regional championship game is scheduled for 7 p.m. at Three Rivers.