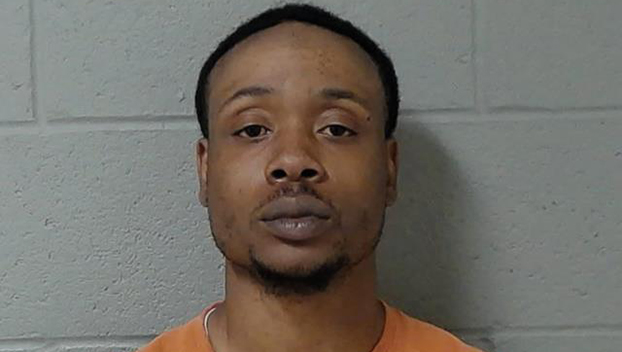 CASSOPOLIS — A Dowagiac man charged with fighting another man, intimidating a witness, injuring others in a car accident and possessing drugs was sentenced to prison Friday in Cass County Circuit Court.

Arvin Joseph, 35, of Grand Boulevard in Dowagiac, pleaded guilty in four files and was sentenced to three concurrent terms of 29 months in prison and one term of credit for time served in the last file.

He was sentenced to 29 months to 30 years with credit for 167 days already served for assault with intent to do great bodily harm less than murder as a habitual offender. He was ordered to pay $1,548 in fines and costs.

That incident occurred July 29, 2020, at an apartment complex on East Railroad in Dowagiac. He got into an argument with another man, Luis Martinez, pulled out a gun and struck the man in the head.

He was sentenced to 29 months to 15 years in prison for bribery/intimidation or interfering with a witness with credit for 166 days served. He must pay $698.

That incident occurred Nov. 19, 2019, at the Cass County Jail when he attempted to get a witness to change her testimony.

He was sentenced to 29 months to 29 months to 30 years in prison for delivery/manufacture of cocaine less than 50 grams as a habitual offender. He has credit for 115 days served and must pay $698.

That incident occurred May 18, 2021, on Ashland in Dowagiac when police found drugs and other items at his home.

He was sentenced to credit for 93 days already served and $675 for two counts of moving violation causing serious impairment of bodily function.

That incident occurred Sept. 28, 2019. on M-51 in Howard Township when he crossed the center line and hit another car and caused injuries to Brad and Vicki Light.

“This is a day of reckoning that’s been a long time coming,” Cass County Prosecutor Victor Fitz said. “I’ve known him for many years, he was a witness for me in a case … He’s a likable man, I was hoping he would change his life around.”

“In many ways he’s his own worst enemy,” Fitz said. “He thinks he can get away with things. He’s a classic example to legislators why bond reform isn’t a good idea. This shows what can happen when there’s not enough emphasis on public safety. He committed crimes while out on bond.”

Defense attorney Robert Drake acknowledged Joseph had a lengthy criminal history but said he had changed and didn’t deserve a prison sentence. For his part, Joseph said he got in a fight with Martinez but didn’t have a gun. As for the car accident, he said he never intended to harm anyone and didn’t leave the scene of the accident.

“I’m not no bad person, I’m not no monster or someone the community should be afraid of,” Joseph said. “I’m a man like everyone else.”

Cass County Circuit Judge Mark Herman said Joseph needs to find a reason to change his life or he will be in a continuous cycle of jail and prison.

“I really wish you could find a desire to get back on track,” he said. “I’ve known you since you were a juvenile, you’re a likable person. You’re still a young man, I hate to see you throw your life away.”