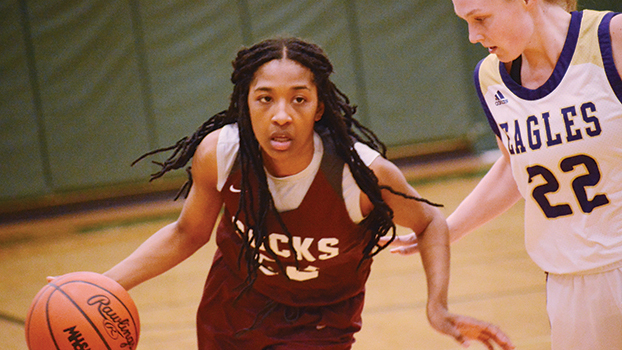 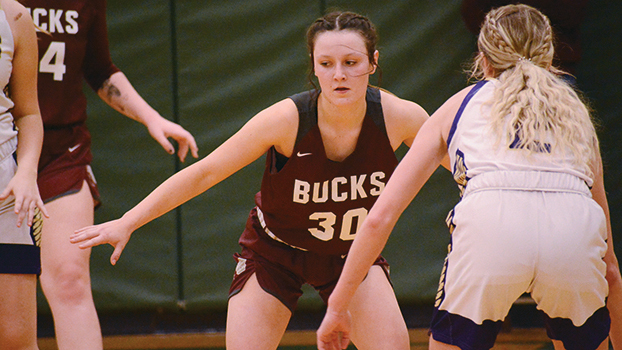 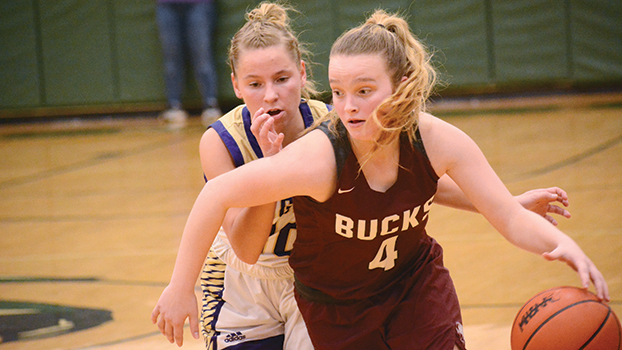 HARTFORD – The second-half magic that propelled the Buchanan girls basketball team to victory two days ago was nowhere to be found in Thursday’s Division 3 Regional finals game against Schoolcraft.

The Eagles used an 18-4 second-half run to defeat the Bucks 49-31 at Hartford High School.

The Eagles advance to the state quarterfinals while the Bucks’ season ends with a 19-6 record.

Mackenzie Miller led Schoolcraft with 18 points and Hannah Thompson scored 12 for the Eagles, who led by as many as 23 points.

LaBria Austin scored 11 for the Bucks before exiting the game with a knee injury with five minutes remaining. Alyssa Carson added seven.

“The biggest thing is their defense,” said Buchanan Coach Gabe Miller. “I talked to [Brandywine coach Josh Hood] after we played them the first time and their defense was impressive, and I’m used to seeing Brandywine twice, three times a year. What they do, the way they rotate and they’ve got some size to them, you know. They’re a good team. They do not make things easy. We struggle a bit.”

While Schoolcraft was a difficult matchup with its combination of size and guard play, Buchanan stayed within striking distance going into halftime trailing 27-18. The Bucks were able to get as close as 29-22 before the Eagles took flight.

“We cut into their lead, and then we had like three or four bad turnovers that led to uncontested layups,” Miller said. “Those three guards that they have get after it on defense. They enjoy playing defense, and they made it tough for us to get in our sets. …  and, you know, just a lack of continuity. They executed better than us and that’s on me. We’ll try to get better for next year.”

While the loss will sting for a while, Miller is proud of the way his team battled through adversity to be in a position to win a regional title. The Bucks graduate seniors Hailey Jonatzke, Claire Lietz, Jenna French and Alexa Burns return key players including Austin and the Carson sisters.

“We graduate two starters, but we’ve got some young kids that I think are eager for their playing time,” Miller said. “If we put the time in during the offseason, we should be good.”