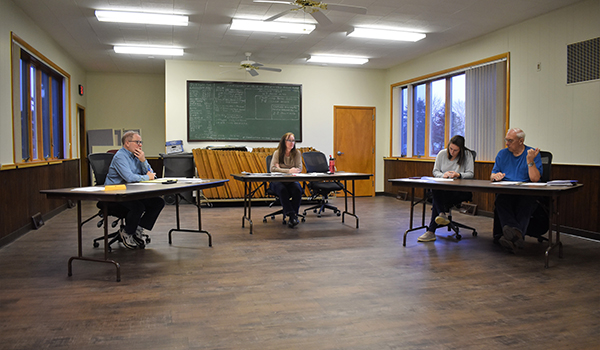 Following its yearly budget meeting on Wednesday, the Pokagon Township Board of Trustees approved four percent salary increases for board members, as well as increased wages for hourly workers from $12 to $15 an hour.

According to Pokagon Township Supervisor Linda Preston, the board generally increases salary following inflation, but with inflation rates exceeding seven percent nationwide this year, the board decided on a lower rate.

During public comment, township resident and former clerk Renee Meiser asked the board what substantiated the pay increases, and questioned if the responsibilities of the board members have increased along with pay.

Preston added that cost of living was also a consideration in salary increases, and spoke to trustee responsibilities.

According to the provided township budget, board salaries are as follows:

Silver Creek Township board salaries will be the following for the 2022-23 year:

The deputy clerk will be paid $20 an hour, while election inspectors for the township will earn $15 an hour. The township assessor will receive a salary of $40,493.03, while the building administrator will earn $39,000.

The township estimates general fund revenue for 2022-23 at $637,214, with an estimated $450,831.18 in general fund expenses. According to the budget resolution, estimated township General Fund Revenues for 2022-23, including an allocated millage of .6676 mills, are subject to state mandated rollback for 2022 and various miscellaneous revenues.

The township also will levy a Fire and Safety millage of an amount equal to .9726 mills as authorized and approved by the electorate, according to the resolution.

Other estimated budget expenses for the 2022-23 fiscal year include:

According to the resolution, the Building Department and Indian Lake Sewer budgets are self-finding, while the Parks and Recreation Department has a fund balance to cover additional expenses.