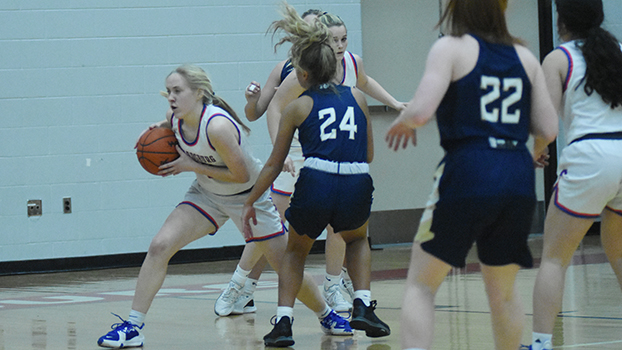 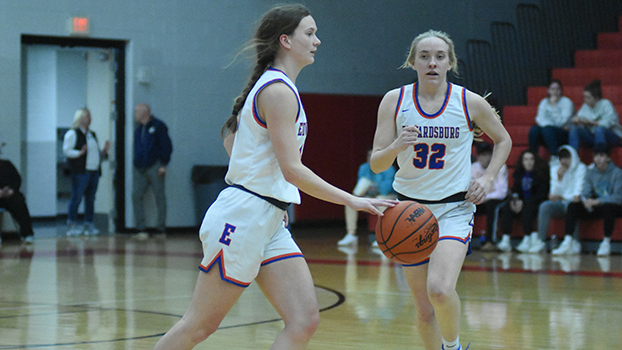 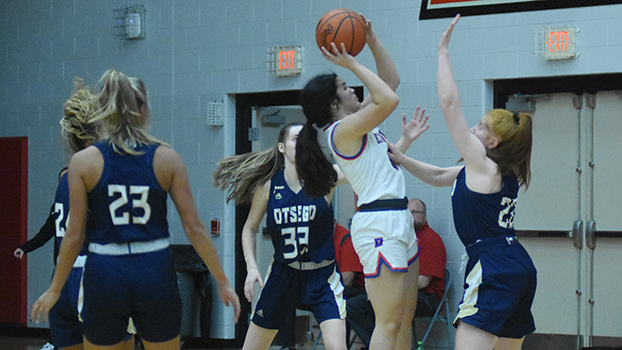 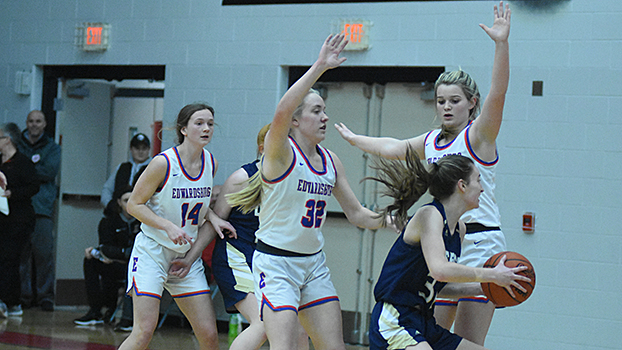 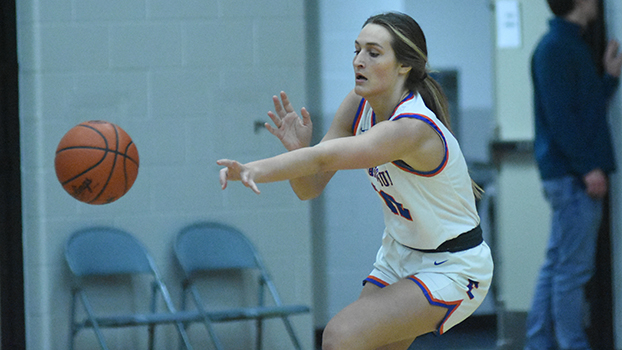 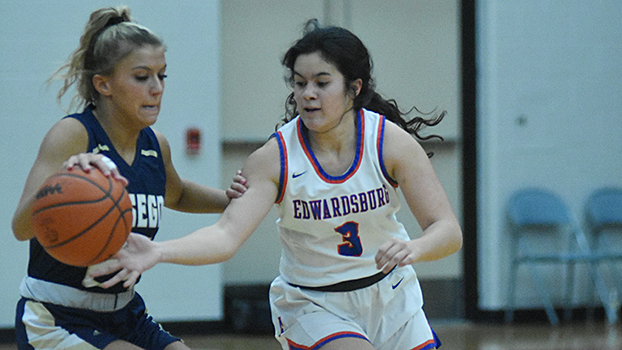 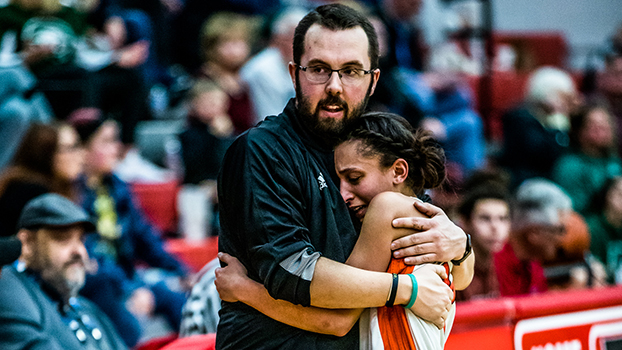 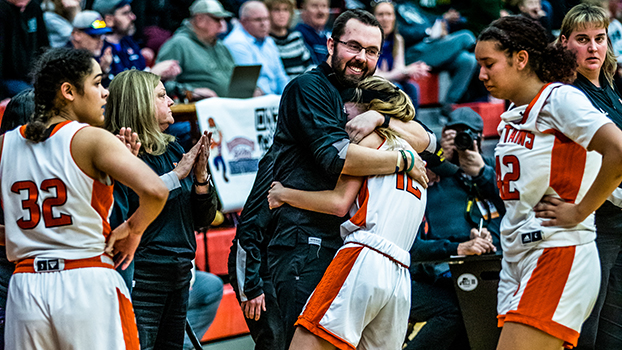 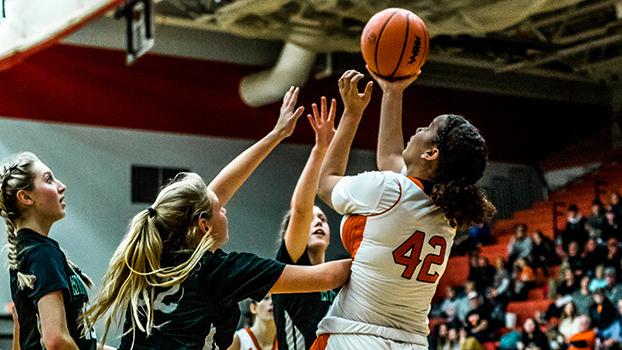 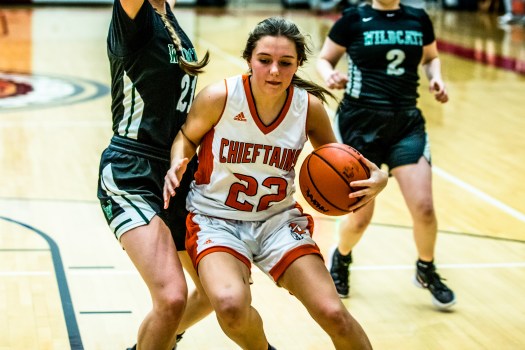 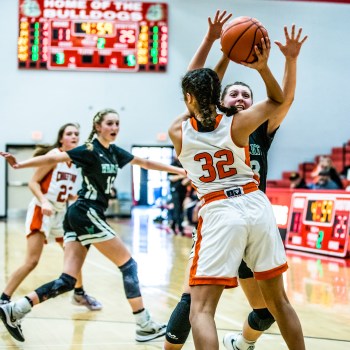 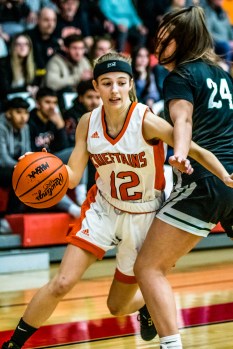 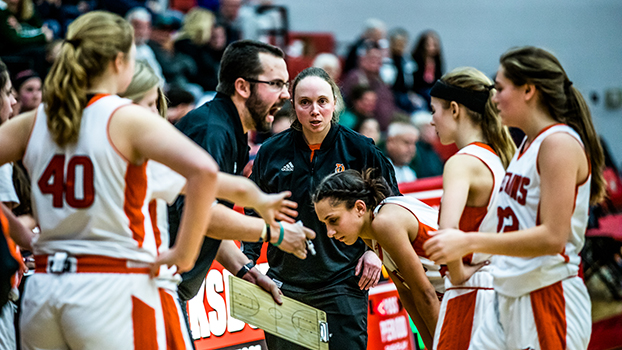 VICKSBURG — Edwardsburg will face Wayland in the Division 2 Regional championship game for the second straight year.

The No. 6-ranked undefeated Eddies advance to the title game with a 68-41 win over Wolverine Conference foe Otsego at Vicksburg High School Tuesday night. It was the third meeting of the year between the two schools. Edwardsburg has won all three meetings, outscoring the Bulldogs 174-115.

The Wildcats advance to the championship by holding off a four-quarter rally by Dowagiac to win 42-31. It was the Chieftains’ first appearance in a regional semifinal since 2008.

The regional championship game is scheduled to begin at 6 p.m.

The game plan heading into the regional semifinal and its third meeting with Otsego was to get ahead and stay ahead.

The Eddies (23-0) trailed at the start of the previous two meetings before taking control and eventually defeating the Bulldogs, who finished the year 18-5.

“We got off to a good start tonight,” said Edwardsburg Coach Jon Pobuda. “The first two, we found ourselves down early, so we wanted to make sure that we got up early and then we kind of maintain. It seemed like every time we looked to make a run, they would make a couple of baskets and just hang around. They did a nice job with that.”

Edwardsburg, behind the play of senior Macey Laubach, jumped out to an 8-0 lead on the Bulldogs, who were forced to call the first of two first-quarter time outs. The Eddies led 17-7 when Otsego called its second time out to try and regroup.

Edwardsburg would finish the opening quarter with a 25-13 lead. The Eddies and the Bulldogs both scored 12 points in the second quarter, leaving Otsego trailing Edwardsburg 37-25 at halftime.

“When we get Macey attacking the basket, we are pretty tough,” Pobuda said. “She is doing a good job of that picking and choosing her moments. She is even knocking down outside shots. If she can get inside-outside going, it is hard to stay in front of her, especially if you are playing man [defense]. It will be different Thursday with Wayland running a zone. We are still going to look to have her attack the basket.”

Otsego tried to make a run at the Eddies in the second half, but never overcame the early hole that it dug for itself. The Bulldogs trailed Edwardsburg 49-35, heading into the final quarter.

Besides her 23 points, Laubach also had seven steals and two blocks. Caitlin Tighe scored 14 points, grabbed four rebounds and had four steals for the Eddies, who also got 12 points from Ella Castelucci to go along with eight steals and five assists.

The trademark of the Dowagiac team in 2021-22 was that it never gave up.

It would have been easy for the Chieftains to do so more than once this season as the team started out 0-6 and was 2-13 in mid-February.

But Jason Turner’s team worked hard in practice each day to get better. The group came together and played hard down the stretch, winning seven straight games and its first district championship in 2008.

The winning streak, and the Chieftains’ season, came to an end Tuesday night as defending regional champion Wayland defeated Dowagiac 42-31.

Like its season, the Chieftains never gave up despite trailing 11-2 to begin the game as the Wildcats (15-8) were red-hot from the perimeter. Wayland led 20-11 at the end of one quarter after connected on a trio of 3-pointers. The lead was 29-13 at halftime and grew to 19 points (39-20) heading into the fourth quarter.

“It was a difficult first half for us especially trying to find No. 2 [Madalynn Terry] and No. 33 [Harmony Laker],” Turner said. “But our girls came out and continued to fight like they have all year. These girls are one of only four teams to ever win a district championship for Dowagiac.”

The Wildcats underestimated the Chieftains in the final eight minutes. Dowagiac turned up the defensive pressure and finally started knocking down some shots it was unable to through the first three quarters.

The trio of senior Makayla Hill, junior Alanah Smith and sophomore Maggie Weller combined for all 11 of Dowagiac’s points in the period. Defensively, the Chieftains held the Wildcats to three points.

In the end, Dowagiac (8-14) came up short, but laid the foundation for the future as the Chieftains have just two seniors on the roster — Hill and Calley Ruff.

“It’s always tough when a season comes to an end,” Turner said. “These girls have absolutely nothing to hold their heads down about. I told them in the locker room after the game that what they did this year did great things for us as a team, but also for us as a program. I can’t thank the seniors enough for what they have done the last four years and to stick it out the way that they have. What happened this year was a great way for these seniors to go out. It’s also motivation for all of my other girls that were in the locker room to put in the extra work in the off-season.

“I’d like to end it by saying these girls made this season so enjoyable for us as a coaching staff.”

Smith finished with 13 points for the Chieftains, who also got nine points from Weller and seven points from Hill.