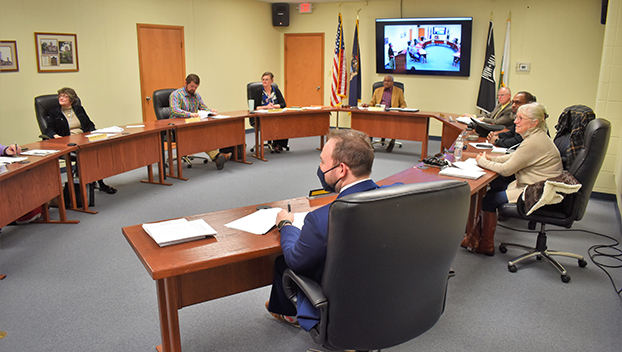 CASSOPOLIS — With the majority of businesses, schools and agencies statewide having returned to in-person operations since the start of the COVID-19 pandemic, Cass County officials are pushing the state government to do the same.

At its regular meeting on Thursday, the Cass County Board of Commissioners passed a resolution urging the return of State of Michigan to resume in-person operations for all of its employees.

In the spring of 2021, the Michigan Office of the State Employer announced departments would welcome back workers July 12, 2021. That date was later pushed back to Oct. 31, and then changed again to allow departments to set their own dates.

According to Cass County R-25-22, the county has received complaints from citizens concerning the lack of accessibility and delay of responsiveness due to state workers not operating within their on-site offices. Additionally, the resolution states the county has experienced difficulties and delays in coordinating services between County Offices and State departments and agencies such as the Department of Health and Human Services.

“[The] Cass County Board of Commissioners [urges] Gov. Whitmer to immediately direct department and state agencies to complete work plans to return to on-site operations as quickly as possible to provide the services and convenience that the citizens of Michigan expect from their government,” states the resolution, of which a copy will also be sent to all Michigan counties, Sen. Kim LaSata, Rep. Steve Carra, Rep. Brad Paquette, Gov. Whitmer, and the Michigan Association of Counties.

Prior to the passing of the resolution, District 5 Commissioner Robert Benjamin questioned which departments were still not in-person. According to Cass County Administrator Jeff Carmen, the DHHS and Department of Corrections are still not fully in-person.

“What are their reasons?” Benjamin said. “I find it hard to push a position without knowing what their reasoning.”

Cass County Treasurer Hope Anderson was in attendance at the meeting, and said she often deals with several state departments, and may have some insight.

“A lot of them have continued to work from home because it is convenient, or they are making their appointments virtually,” Anderson said. “There’s no other reason they are giving me that they’re not going back into office. Apparently, they think can continue to do business just as well from their homes. … I don’t agree either. I think we should open back up.”