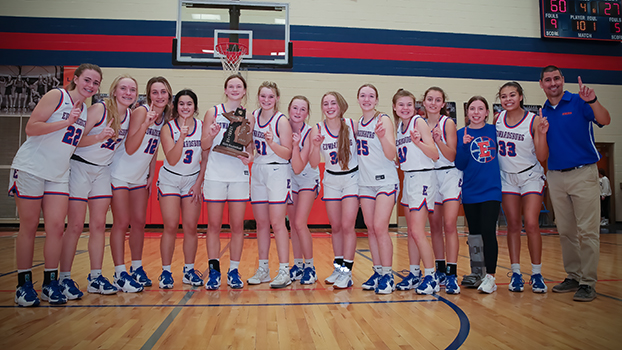 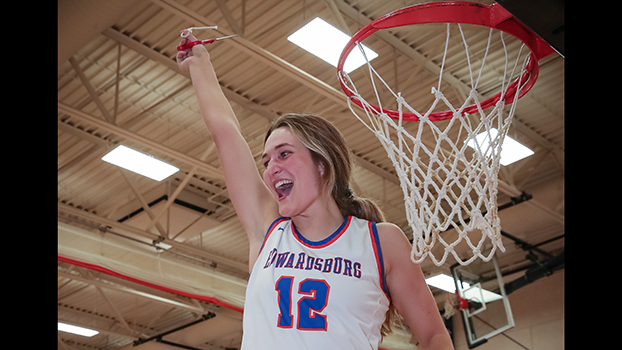 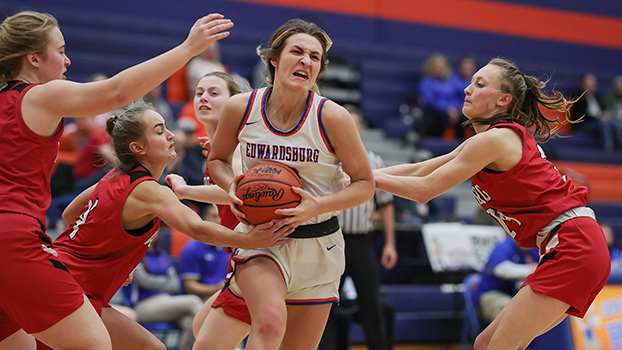 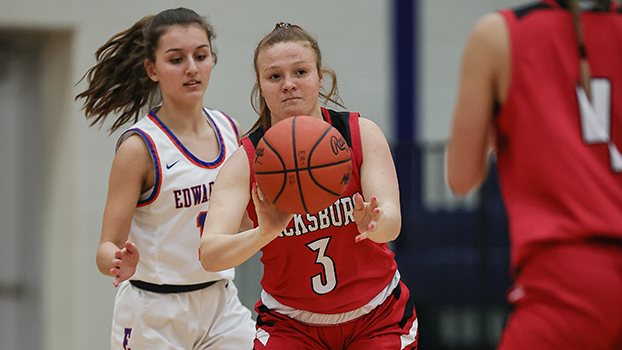 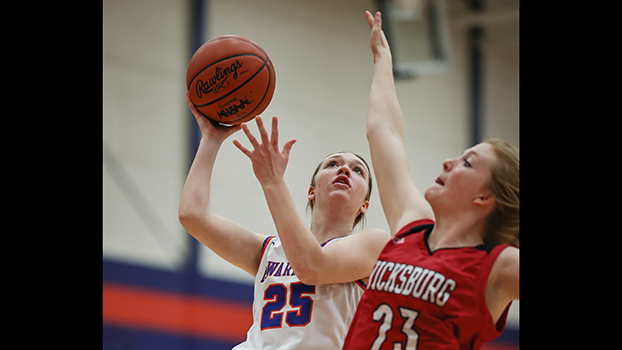 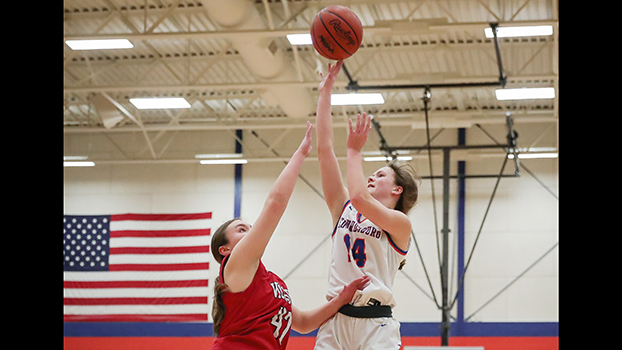 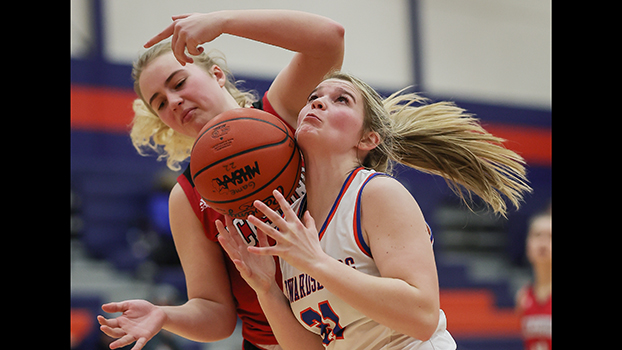 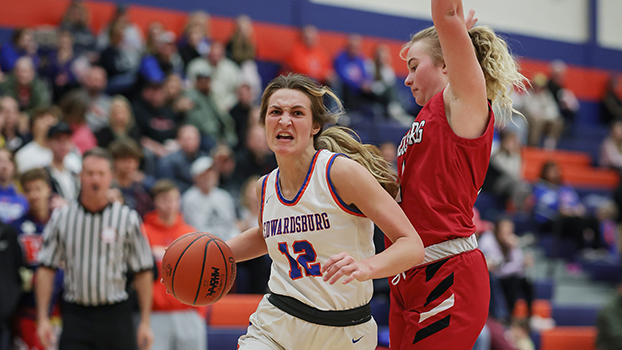 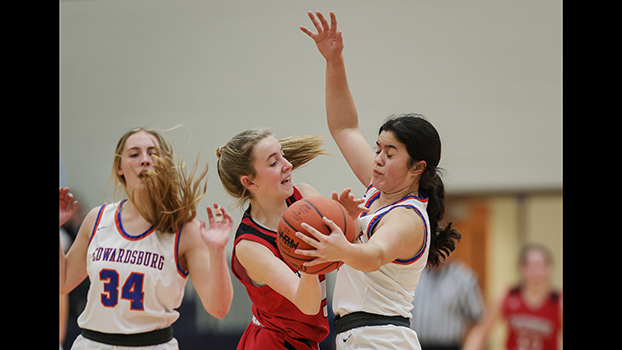 The senior scored 20 of her game-high 24 points in the first half to lead the Eddies to a 60-27 win over Vicksburg in the Division 2 Girls Basketball District championship game at Edwardsburg.

“We’ve been wanting this forever,” Laubach said. “We knew this was just a step on our way to get to where we want to be at the end of the season.”

The Bulldogs did not have an answer for Laubach, whose length and athleticism forced turnovers on defense, which led to easy baskets. Laubach, who also added five points and eight steals, attacked the basket for looks at the rim and stretched the defense with two first half 3-pointers.

“My driving was working,” she said. “I hit a few threes at the beginning and it just got me going. Once I started driving and I realized that they couldn’t stop it, I just kept going.”

She came out and set the tone for us,” said Edwardsburg Coach Jon Pobuda. “She came out and kind of controlled the game. They surprised us coming out in man, and it’s difficult to match up to us in man with the players that we have. I thought we were a little stagnant, but Macey was able to take control and drive to the basket and knock down some threes, which built her confidence and got her going. Once she gets confident, she’s pretty good.”

Laubach hopes this district title is the first of many for the program.

“It feels really good knowing that I’m setting this tone for the girls coming up to know that at Edwardsburg, this is what we do,” she said. “We just have to keep pushing and not give up.”

With the win in hand, the Eddies move on to the Division 2 Regional semifinals, where they will face Otsego at 7 p.m. Tuesday at Vicksburg.

Otsego defeated Paw Paw 60-58 in overtime to advance to the regional and gave the Eddies two of their most competitive games this season.

“I think we got to continue to do what we do,” Pobuda said. “We have to clean up the rebounding side of it, maybe some turnover stuff. But we’re getting pressure on teams, and we’re forcing turnovers. We just got to work on just finishing and rebounding and cleaning things up.”