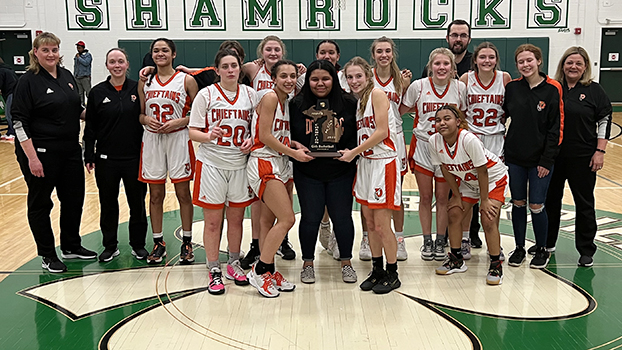 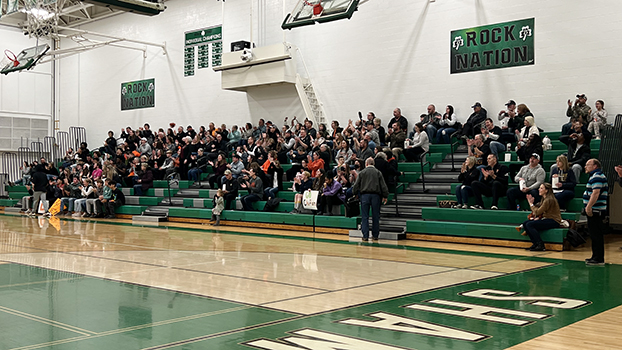 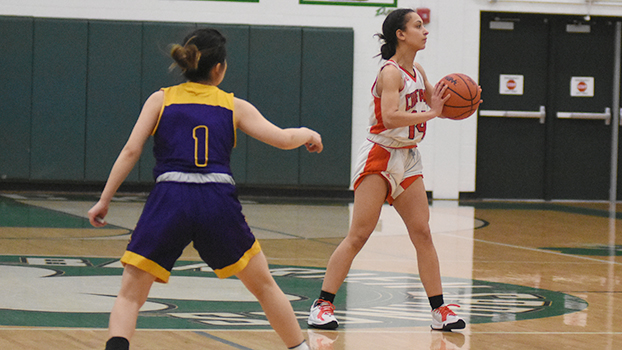 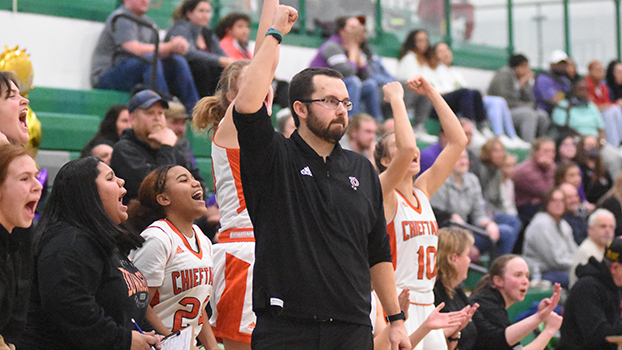 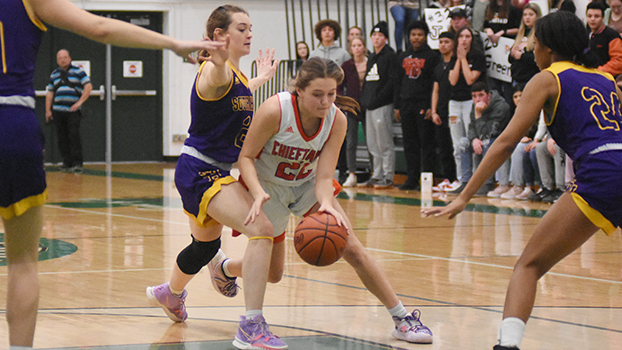 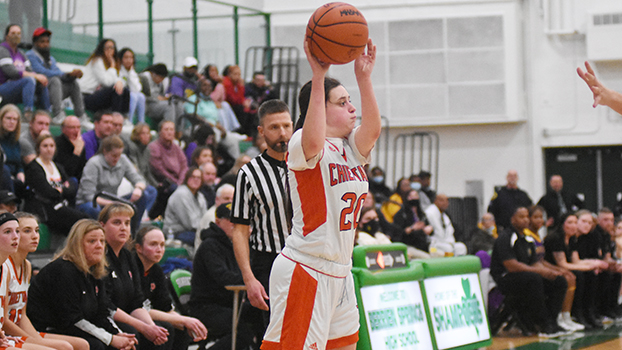 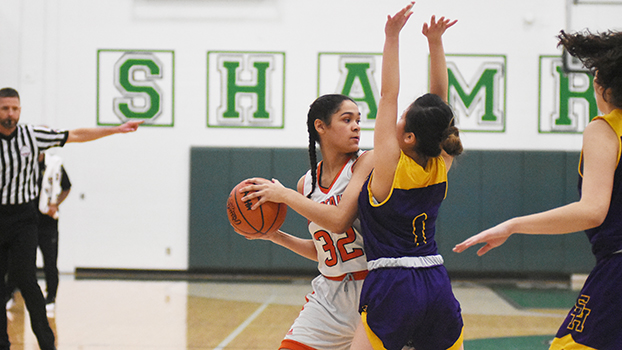 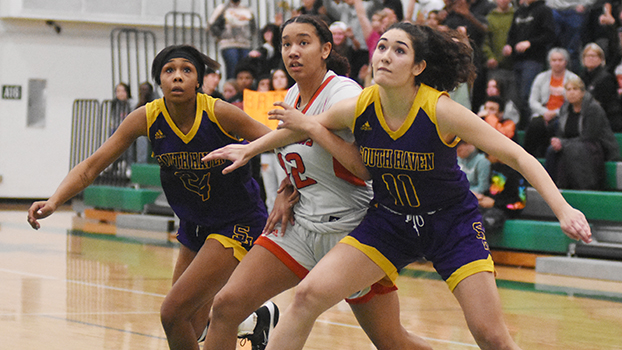 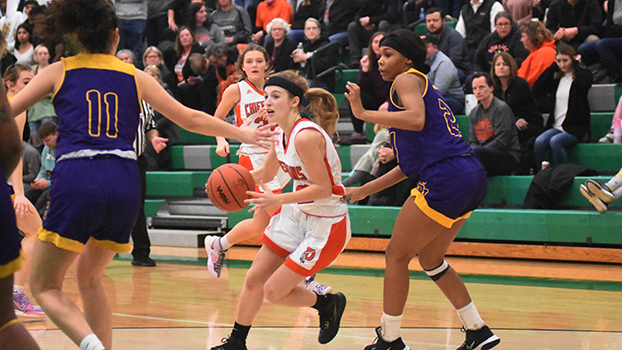 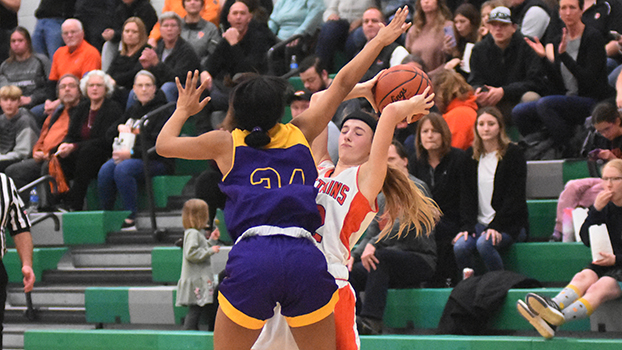 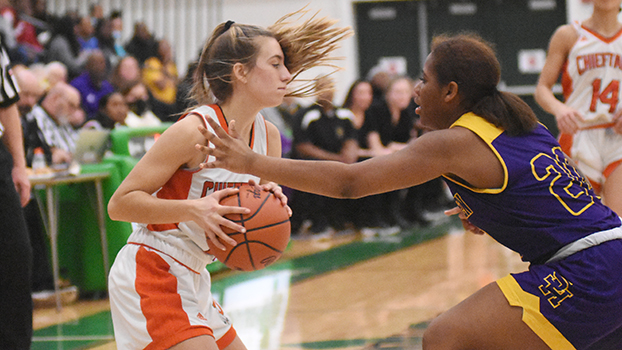 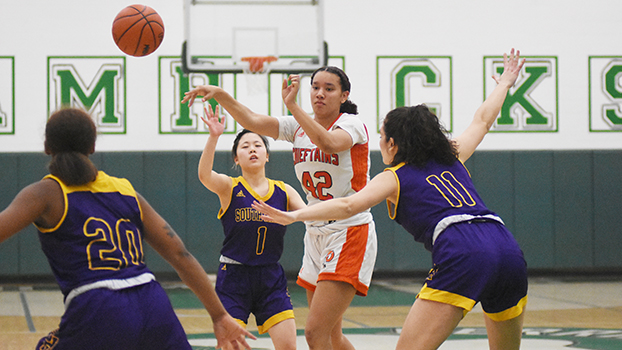 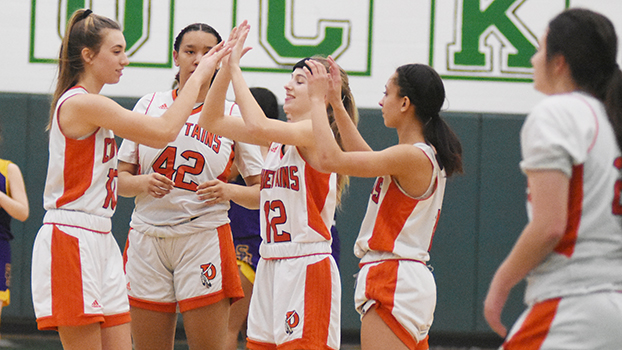 BERRIEN SPRINGS — There was only one group of people who believed the Dowagiac girls basketball team could win a district championship back on Feb. 4.

The Chieftains were 2-13 following a 61-20 Wolverine Conference South Division loss to undefeated Edwardsburg.

That group of people was the players and coaches that made up the 2021-22 Dowagiac team. Seven consecutive wins later, the Chieftains are the Division 2 District champions, having defeated South Haven 42-31 at Berrien Springs High School Friday night, snapping a 14-year drought between titles.

There are very few similarities between the 2008 Dowagiac team that defeated Lakeshore 47-45 for the Class B championship, which ended the school’s 31-year drought.

The 2008 team was dominated by its upperclassmen, including the school’s all-time leading scorer Katy Stuppy, who finished the game with 18 points and her career with more than 1,500 points.

There is a current link between the two teams — Torie Lowe. Lowe is an assistant coach for the Chieftains. It was her shot in the same Berrien Springs High School gymnasium in the fourth quarter that put the Chieftains ahead for good.

Lowe, who finished with 15 points that night, said that she, Head Coach Jason Turner, and the other members of the coaching staff talked about what it was like to win the championship.

“We talked about it a little bit,” Lowe said. “We won it here. We talked that the last time was in 2008 and that this is the year.”

Like the season, the championship game was a roller-coast ride for Dowagiac, which has overcome numerous deficits of varying sizes during its winning streak. Friday night, the Chieftains got out of the gate fast and appeared to be in total control of the contest.

Behind a pair of 3-pointers by sophomore Maggie Weller, the Chieftains raced out to a 15-3 lead after one quarter.

The prosperity did not last long for Dowagiac. South Haven got back into the game by shutting out the Chieftains in the second quarter, while scoring 10 unanswered points to close the gap to 15-13 heading into halftime.

Even though it had not scored in more than eight minutes, the halftime message Turner and his staff delivered was to calm down. After all, the team was still leading after the tumultuous first half.

Dowagiac was also able to draw on the fact that it had been in this position more than once this season. The Chieftains were used to having to overcome a bad quarter or two in the second half. Sometimes it paid off with a win, and sometimes they could not overcome it.

But during its seven-game winning streak, no deficit seemed too big.

“It is all about heart and effort by those girls,” Turner said about overcoming being shut out in the second quarter. “We got off to a really quick start, which is not usual for use. I told the girls, who had their heads down a little bit, ‘heck, we still have the lead, who cares.’ We played an even third quarter with them, and finally, the girls started to relax and we won the fourth quarter by nine points.”

After being held scoreless in the second quarter, Weller scored eight points in the third quarter as the Chieftains kept its two-point advantage, 27-25. Weller added five more points in the fourth quarter to finish the night with a game-high 22. She finished with all six of Dowagiac’s 3-pointers.

Weller got plenty of help from junior Alanah Smith, who finished the night with 11 points. She also provided the Chieftain faithful and coaching staff with a moment of anxiety when she down with an injury in the paint with 2:30 remaining in the third quarter.

Dowagiac responded with a 7-0 run, which gave it back the lead. South Haven would never lead again, and Smith would return after getting her ankle taped to help finish off the victory.

“She hit the floor and my heart dropped a bit,” Turner said when Smith went down. “I was really scared. We played really well for those four minutes.”

The Rams, who were victim No. 4 in Dowagiac’s winning streak, got nine points from Faith Lewis and eight points each from Molly Verseput and Myraqi McGee.

Dowagiac will now turn its attention to the Division 2 Regional Tournament being hosted by Vicksburg.

The Chieftains will face Wayland (14-8), which is the defending regional champion after having defeated Edwardsburg 61-48 in last year’s final. Tipoff is set for 5:30 p.m.

The winners will play for the regional championship at 7 p.m. Thursday at Vicksburg High School.