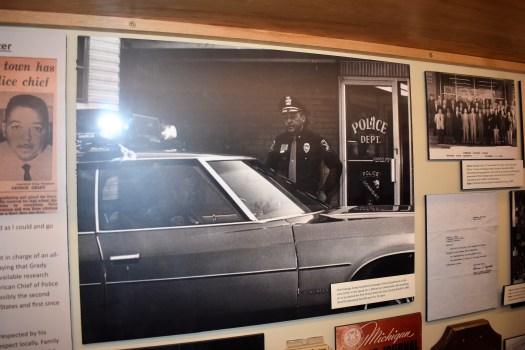 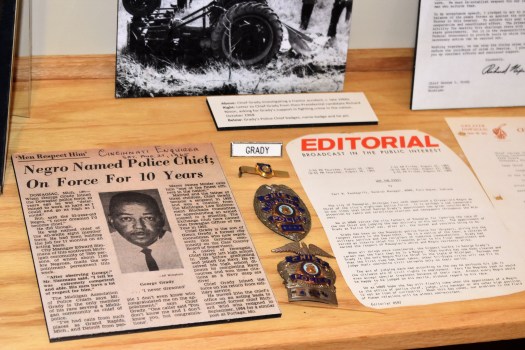 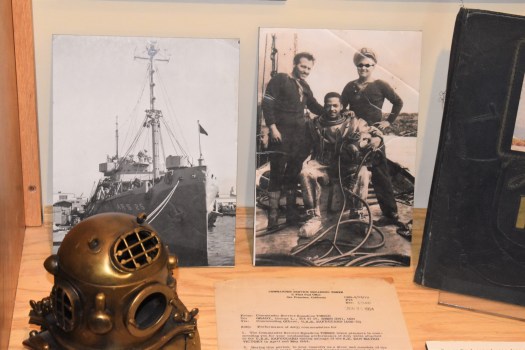 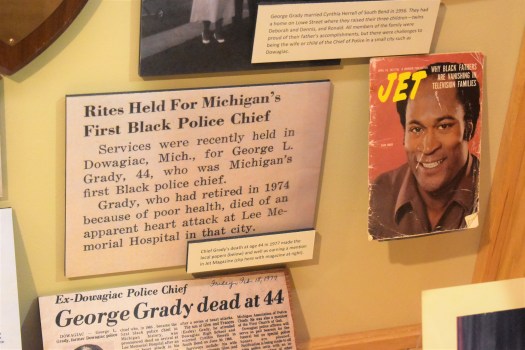 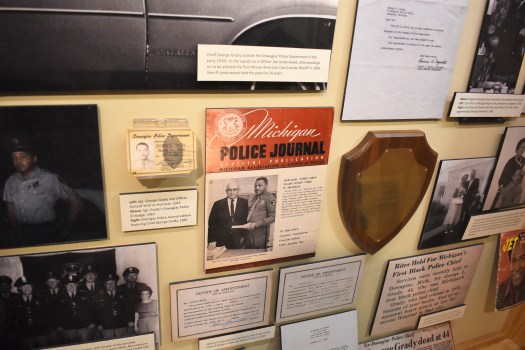 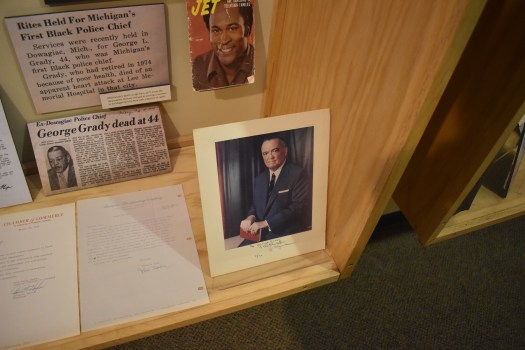 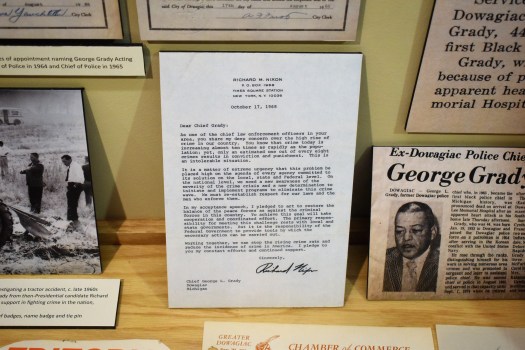 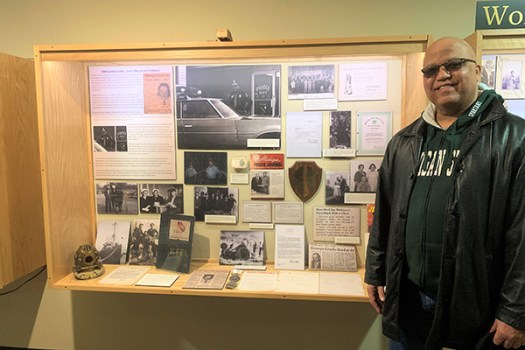 When Dennis Grady, the son of George Grady who also had a long career in law enforcement, saw the reception the first exhibit received, he told Museum Director Steve Arseneau he wanted to donate his collection of his father’s items. (Photo courtesy Dowagiac Area History Museum)

DOWAGIAC — Two years ago, a local museum unveiled an art exhibit with images of three influential African Americans from Dowagiac’s history. After seeing the success of that exhibit’s reception, the son of one of the featured citizens wanted to share more of his father’s legacy with the museum.

When Dennis Grady, the son of George Grady who also had a long career in law enforcement, saw the reception the first exhibit received, he told Museum Director Steve Arseneau he wanted to donate his collection of his father’s items.

“I’m very happy to get him into a long-overdue exhibit,” Arseneau said. “He was an important man not just in local history, but in American history pushing African Americans forward in law enforcement.”

The centerpiece of the display features a photo of Chief Grady standing next to a police car. Inside the vehicle is Joe Underwood, who would go on to serve as the first African American sheriff of Cass County. The exhibit features a letter from President Richard Nixon and a signed photo of J. Edgar Hoover.

George Grady served as a Navy diver in the Korean War, and the display features a replica diver’s helmet, as well as photos from his time serving and a commendation for his outstanding performance during the salvage of the S.S. San Mateo in 1954.

Friends of the DAHM

After more than 18 months, the museum and some of its supporters have been approved for a 501(c)(3) nonprofit organization called Friends of the Dowagiac History Museum. The organization will function as a separate entity from the museum, and be used to raise funds for museum operations, as well as provide additional support to events like the Museum’s annual fundraiser.

According to Arseneau, the idea for a nonprofit came about when they found out the museum couldn’t get a permit to hold a raffle at its annual fundraiser. Now that the organization is approved, Arseneau said the nonprofit will host a raffle for ‘cold, hard cash’ at some point this summer.

“Once there are some more people out and about in town, we can get out there and sell some tickets,” Arseneau said. “We’re also working on establishing some endowment and investment funds, which will then be there in perpetuity to help the long-term stability of the museum.”

The Museum also has set up an account with Amazon Smile, which allows members of the museum to donate .5 percent of their Amazon purchases to the museum without any additional cost to the member. To sign up for Amazon Smile, visit smile.amazon.com.