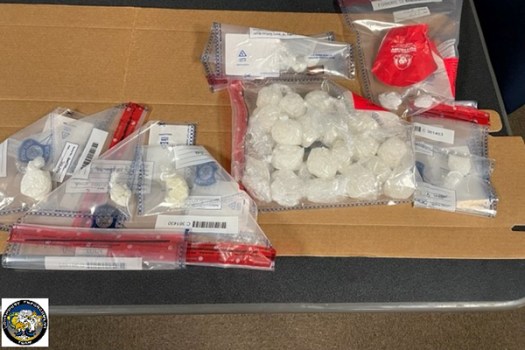 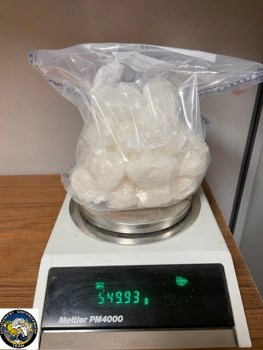 NILES – What began as a traffic stop has turned into a drug bust involving three counties in Michigan and Indiana.

The Southwest Michigan Enforcement Team, in conjunction with Michigan State Police and the Cass County Drug Enforcement Team, have seized 1.2 pounds of crystal meth, 21 grams of crack cocaine and 14 grams of powder cocaine from a stash house in Howard Twp. after an investigation stemming from a Niles traffic stop.

After observing occupants of a vehicle sell methamphetamine to a pedestrian in Niles, SWET team members and MSP troopers stopped the vehicle and detained two suspects, a 39-year-old Mishawaka man and a 31-year-old Mishawaka woman. The two detained suspects were ultimately arrested and lodged in the Berrien County jail on felony drug charges, including delivery of methamphetamine.

In addition to the drug seizures, SWET developed five suspects conspiring to distribute methamphetamine, cocaine, and crack cocaine between Berrien and Cass Counties in Michigan, as well as St. Joseph County in Indiana. Additional drug related charges will be sought against the two arrested individuals, and the other suspects.